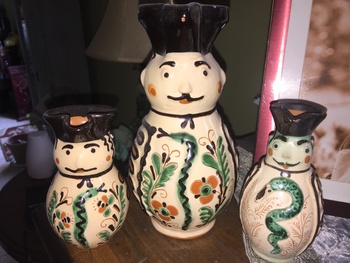 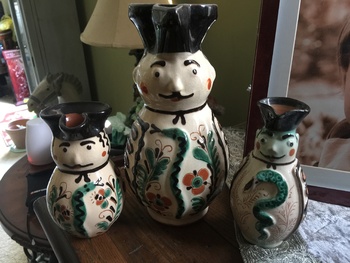 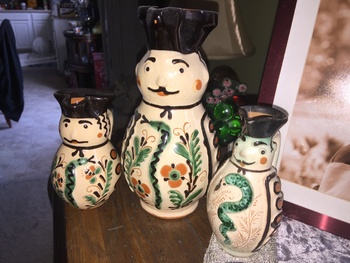 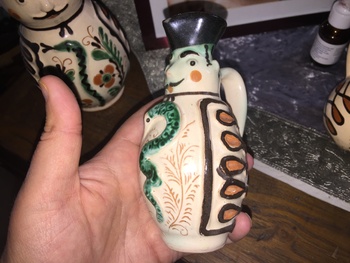 These pitchers are decorated over a red clay body.

These pitchers have a snake motif on the front, which, in Hungary,

the snake is considered a symbol of long life.

These pitchers were modeled after the Hussar soldier, the honored cavalry

of the Hungarian army since the early 19th century. These pitchers

were made and used throughout the southeastern region of Hungary.