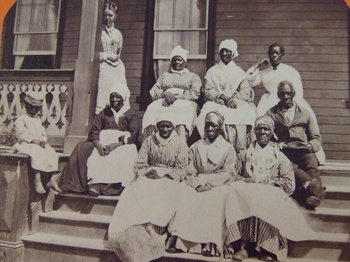 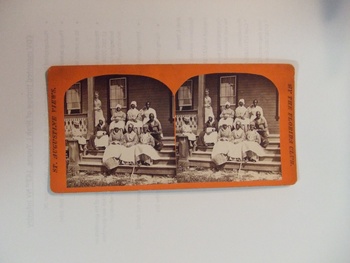 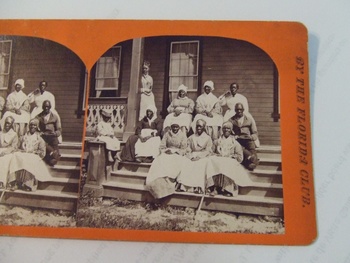 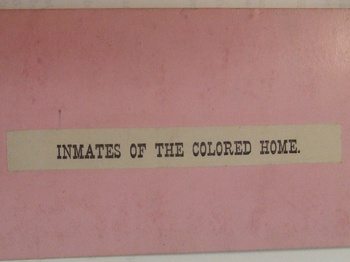 This 1870s stereoview depicts the residents of the "Colored Home" in St. Augustine Florida.

The Home was established by the executor of the estate of Buckingham Smith (Slave owner in the area). Smith died in 1871, and he left much of his estate to his former slaves. It was also Smith's desire to care for aged and invalid African Americans in the area.

Unfortunately the executor made poor investments with Smith's money and the Home was closed a few years later.

The stereoview is a typical orange stock with pink back which is typical of the 1870s. The paper label is really interesting. It identifies the location and refers to the residents as inmates.