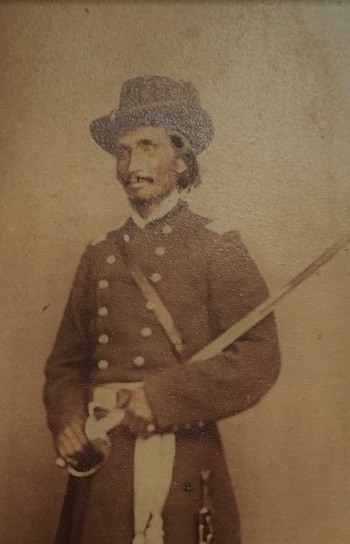 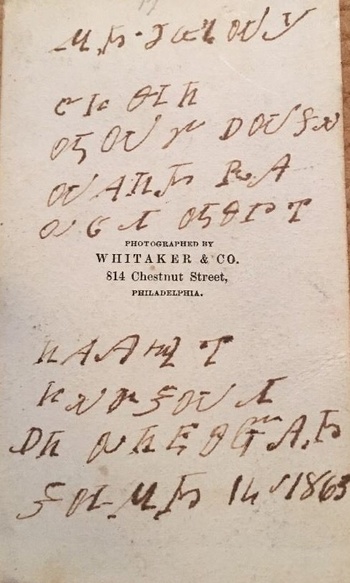 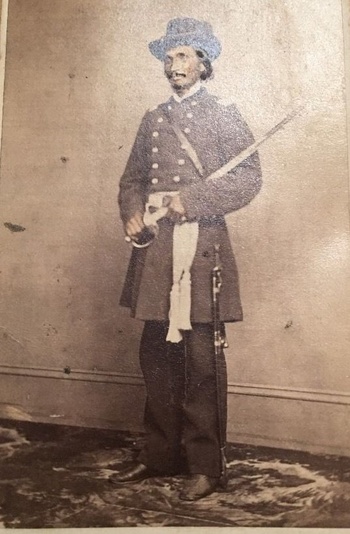 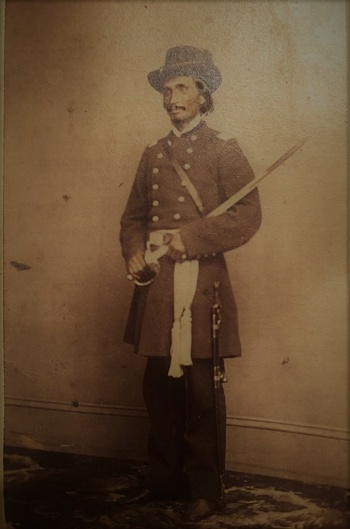 This cdv falls into the RARE category. This is the only image that I have seen with a Cherokee inscription.

When first purchased I thought that there was some sort of code on the back (photo #2) and I spent a lot of time trying to decipher it. Finally it dawned on me that rather than code, it could be a language.

The subjects dark features led me to look at the Cherokee syllabary and many of the symbols seemed to match.

Questions about translation that I sent to the Smithsonian were quickly answered and they provided sources for translation.

While I was waiting on the translation, online searches to identify the subject led me to photos of Lewis Downing. While I am not a proponent of "looks like" identification, the likeness was striking.

The translation quickly ended any doubt:

From over the sea (or) from across the creek

Here among the chiefs

Research online shows that Downing initially served as a Chaplain in the 1st Cherokee Cavalry (CSA) and later as a LTC in the Indian Home Guards (USA).

Interestingly, Downing was named Chief of the Cherokee post war and was instrumental in reuniting the Confederate/ Union factions.

Use of images without permission is prohibited.