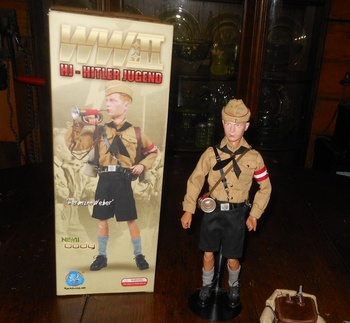 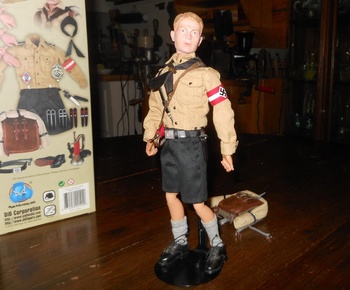 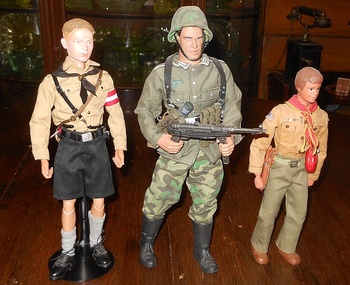 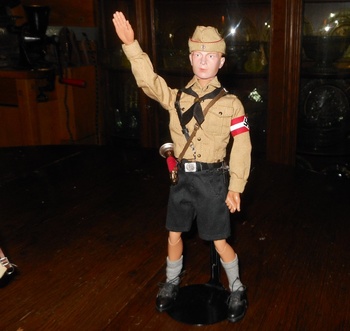 This a figure I am a bit nervous about posting as it is that subject matter that tends to be verboten. Until about two days ago I never had him displayed with his armaband and I bought him about 5 years ago.
This is a Hitler Jugend or Hitler Youth figure. Comes with the name of Hermann Weber, the higher end figures all have personal names.
The most interesting point about this figure is that it used a new sized youth body in a size a bit more accurate than those used in the past. Previously youth figures for those in the 1/6 scale aka 12" scale were about 9" tall. This could be also used for shorter stature adult males which I believe was the plan but DiD (Dragon in Dreams) did not follow up with that. Photo 3 shows Hermann along with a full sized 1/6 scale figure and Steve Scout. Steve Scout is the size of the standard 1/6th scale youth figures of the past.
Hermann is very well detailed and highly articulated and comes with high quality accessories. The shoes even have laces. He has 3 sets of hands including a flat pair for giving the infamous salute.
I have another figure which would be the Explorer Scout version of the Hitler Youth which would be the military. 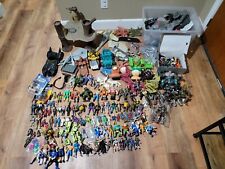 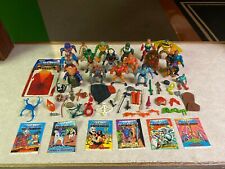 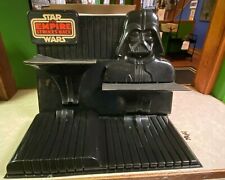 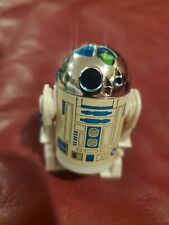