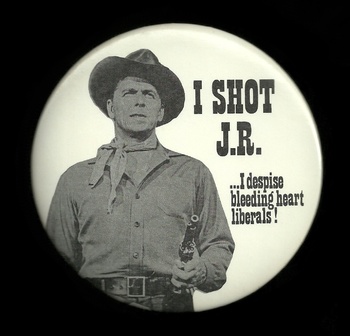 Ronald Reagan "I SHOT J.R. ...I Despise bleeding heart liberals!" Political button 4 inch diameter. Semi rare with sales history of over $100.00 however now and then one slips thru for around $25.00
I planned to start posting WWII buttons next however I might get a few more Ronald Trump Oops Reagan button's out first.
It's scary how much Trump is getting to be like Reagan (in Reagan's later days that is) he Tweeted on 4/25/17 after messing with the dangerous Canadian's about lumber " We're going to start doing lumber in our country, it's going to mean that farmers are going to start selling MILK in our country..."
MILK? what milk from lumber WOW ( I'm not a Trump "basher" but WOW)