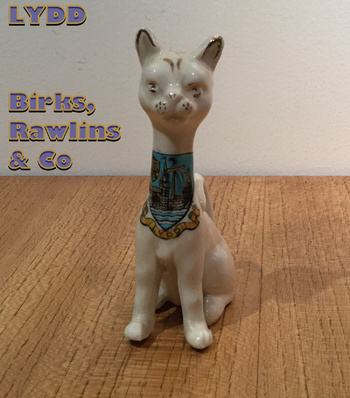 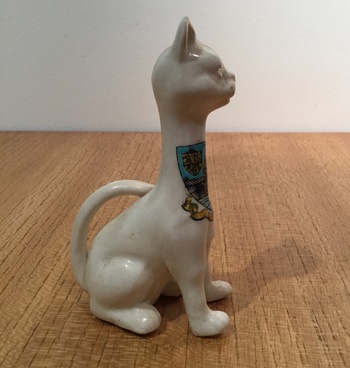 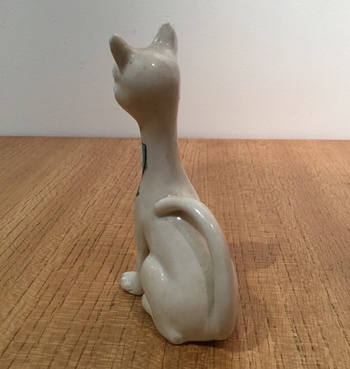 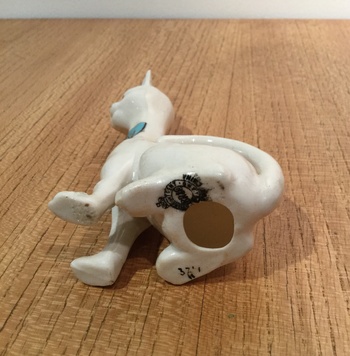 Lydd, a town in Kent, England, is one of the larger settlements on the Romney Marsh and is the most southerly village on Kentish coast .

Official blazon
"Azure on Water in base proper to the dexter a representation of a Church with Tower and Spire thereon a forked Pennon flying to the dexter Argent and to the sinister an Ancient Ship with one mast sail furled passing behind the Church on the stern a Man blowing a Horn all Or a Canton also Argent charged with a Cross between four Lions rampant Gules."

The arms were recorded from 1574 and are a development of a 13th century seal. The church building represents the Church of All Saints. Lydd was once a member of the Cinque Port of Romney and stood on an island, but now lies three miles from the sea. The ship therefore has only an historic significance.

The manufacturer of this cat later morphed into Carlton Ware but in 1907 Birks, Rawlins & Co. were listed as "China and Savoy Heraldic China Manufacturers". 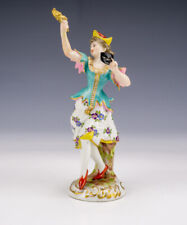 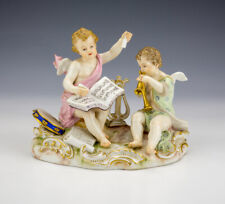 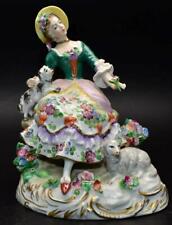 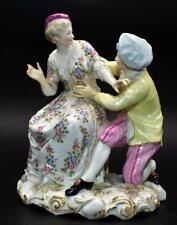