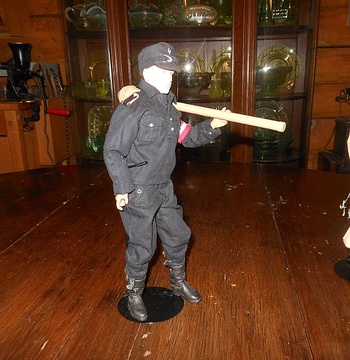 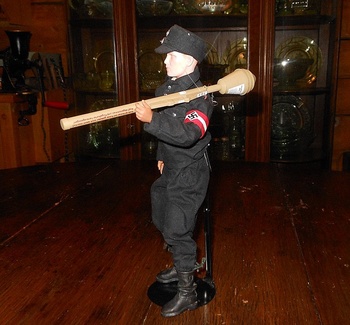 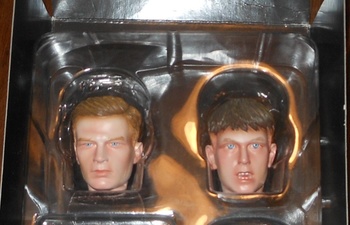 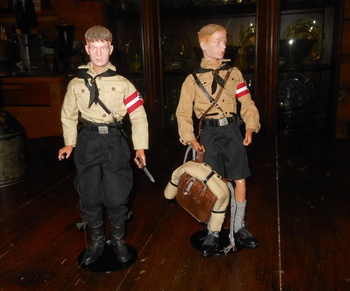 This is the second of the Hitler Youth based action figures by Dragon in Dreams featuring the new youth body. This one has graduated into the actual military. Towards the end of WWII Germany was sending teen boys and old men into combat. Often they would be sent out with just one weapon which was a single shot panzerfaust. A very dangerous mission as these only had a range of 100 feet and Sherman tanks had excellent sights and sprayed any possible ambush site with machine guns.
Timo came with three heads and three sets of hands. I have him with his inbetween head. Head #1 is the neatly combed all ready to go head. He3ad #2 is off to combat a bit uneasy head. Head #3 is the seen the elephant face.
The hands were a bit disappointing as despite having 3 sets of hands he can't hold any weapons. Even the Johnny West kids can hold weapons such as the MP 40 despite them being smaller in stature.
In the last photo his Hitler Jugend friend is displaying his backpack. Timo is wearing his Hitler Jugend uniform under his black SS smock.