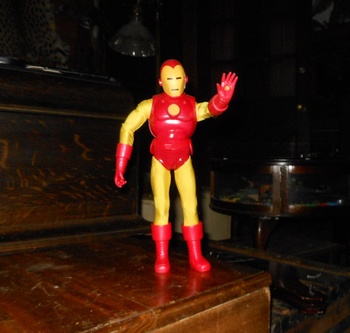 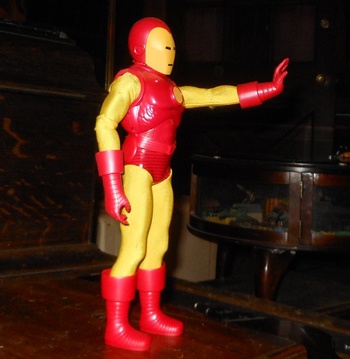 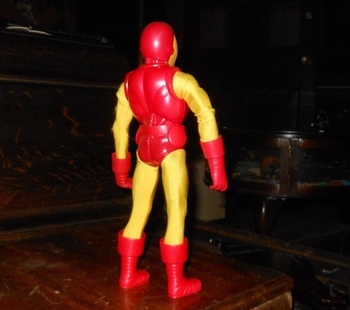 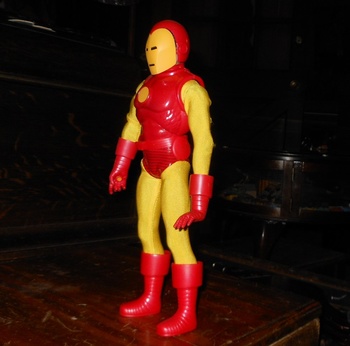 This is a third generation Captain Action disguise just released maybe 3-5 years ago. It is based on the 1960s version of Iron Man which is appropriate as Captain Action was a 1960s toy. I don't think sales went all that well as nothing new seems to be coming forth.
The latest version of Captain Action has replaceable hands. Iron Man's other set of hands are fists for proper super hero fighting. The hands shown here feature the repulser ray hands.