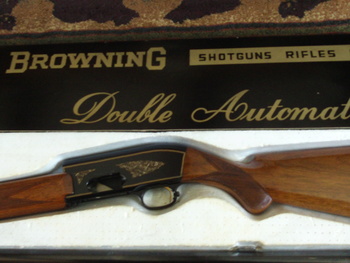 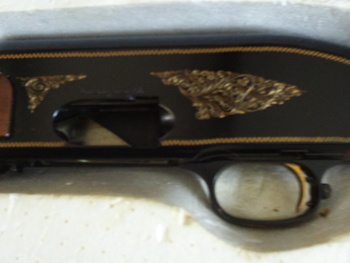 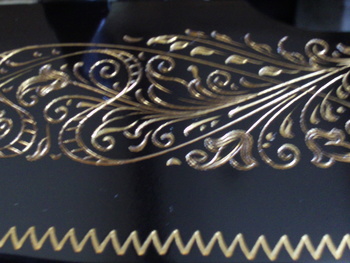 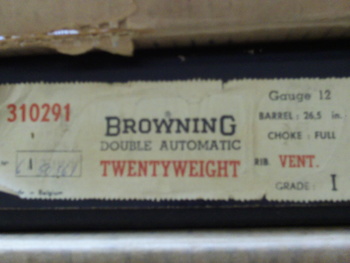 No doubt my favorite Shotgun is this: Browning Double Automatic Twentyweight (the weight of a twenty gauge) 12 Gauge Shotgun, Made in Belgium, Full Choke, Vented Rib W/ Gold Inlay and Walnut stock, Still in the original box with booklet and in the shipping box. 50 years old this year.
When my Uncle who shot competition skeet gave me this it came with the following story: keep in mind he liked a good story and a tall cold one.
When I learned of this gun coming out I ordered 2 one full choke and one modified the Browning Co. after making only 6 decided it was too costly and time consuming to make as a production gun so they made it special order only I have two of the original six made and want you to have one. (It was much longer as we sat drinking Millers long necks)
I love this gun and the story and he did have two of them however long after he passed away RIP I learned a bit more about the gun then called Browning to learn more and run the numbers, They loved the story but said this one was made in 1967 maybe two years before I received it and long after they started making them and if it had been one of the first made it would be worth over 10k (in the 1990s) So Uncle Jack liked to embellish a little "alternative facts" so to speak but I loved hearing the stories while tipping back a tall cold one (or three) and left me a great shotgun (among other guns and items) and some very good memories to boot. Hope you enjoy.
John aka PoliticalPinbacks aka PP aka DoDo (scratch the last one)