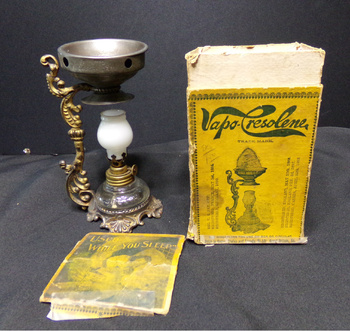 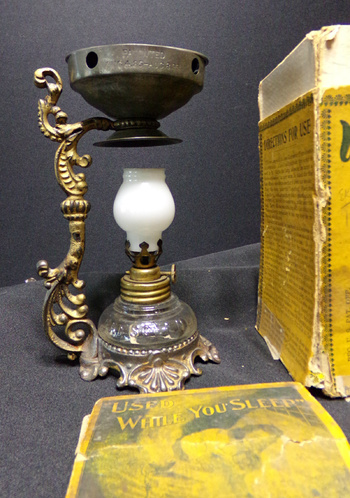 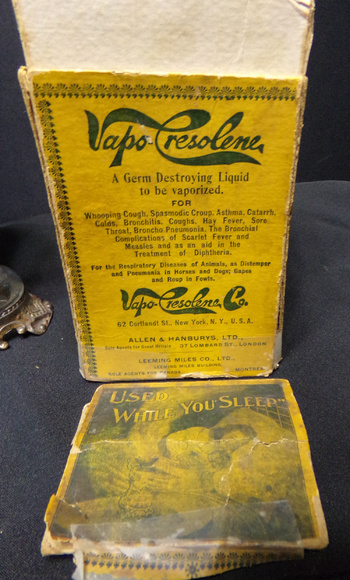 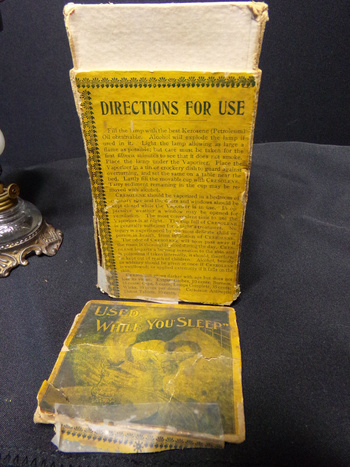 A couple years ago I picked up just the lamp to one of these. Ever since, I had desired for the whole set-up but didn't want to pay $30 to get just the lamp and stand.

For $15 I found it still in the box (most of the box, anyway). Sadly, someone taped the box, which is a mistake.

Vapo-Cresolene lasted on the market for about half a century as a cure, and later remedy, for many ailments, including Asthma. Essentially, you poured the coal-tar product into the dish and lit the burner under it, which would cause it to boil away into the air in a sealed room, typically whilst you were sleeping.

Not only a medicine but a night-light, really. Safe for even the most delicate child (says the box), as you fill their lungs with tar! Just like what many parents do today by smoking inside the house.

The bottles are bumpy, as it warns that the contents are poison. (The box says to not eat the contents, and states that it is poison. So, why not inhale it instead!?)

A fun quack-medicine piece. Could be used as a diffuser.