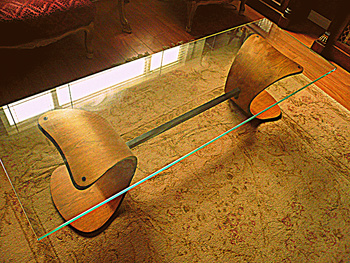 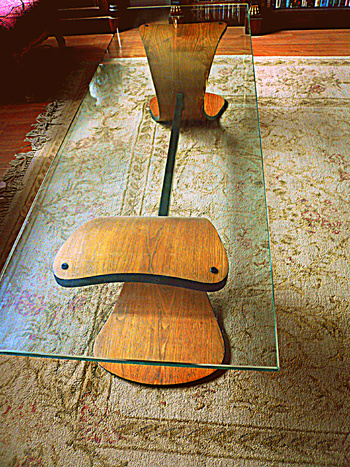 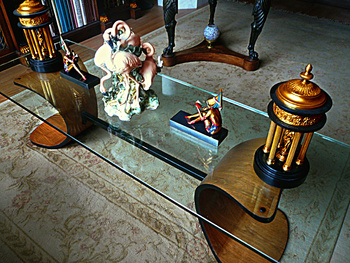 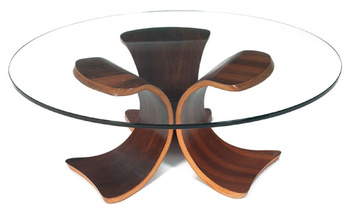 The first three images show my 1950's to 1960's coffee Art Deco style coffee table which I have had since 1985. I was walking along on a Sunday looking for garage sales in that year and I had just returned 3 coffee tables to the auction that I loved to go to. When I saw this long 60 inch table I phoned a friend and asked her to help me carry a table home. The bottom was light and she could carry it but I do not know how I carried the 60 lb. glass top home for the 20 blocks. I remember my arms were so tired later. I remember also asking Shawna if I should buy it and she said no, so I knew It was the best I could get if she said no, and to buy it right away. Over the years I showed some pics to art deco experts and they thought it was 1930 or so, I believe it is mid century, probably to possibly Canadian, mid 1960's or a bit earlier as they thought they had it for at least 20 years but I draw a blank after that. The glass is nearly 1/2 an inch thick and a good size at 60 inches.

The last photo shows the tri stand round version which my friend, Todd's boss owns. I also have seen the round one on the old political talk show called Question Period in the later 90's to early 21st century. Hopefully someday I may get the whole story !