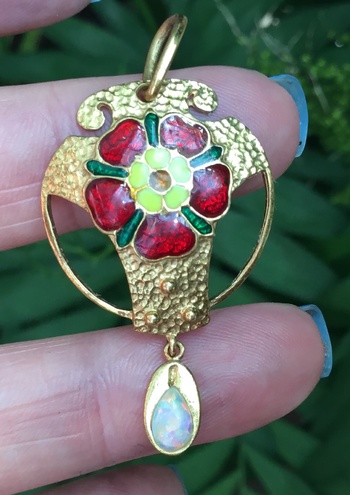 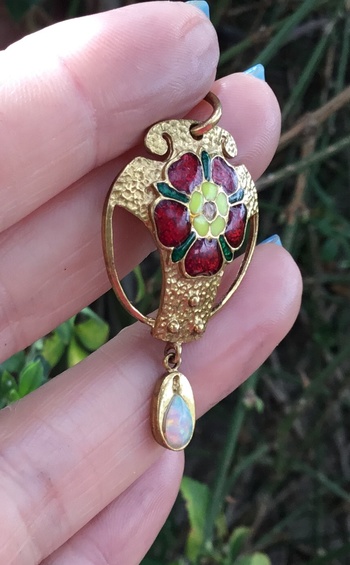 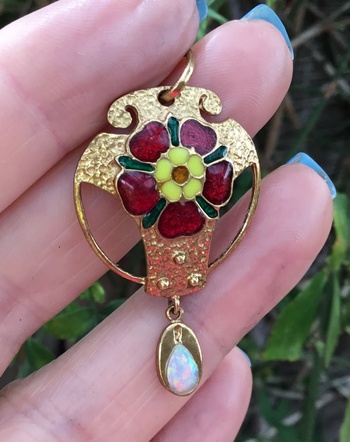 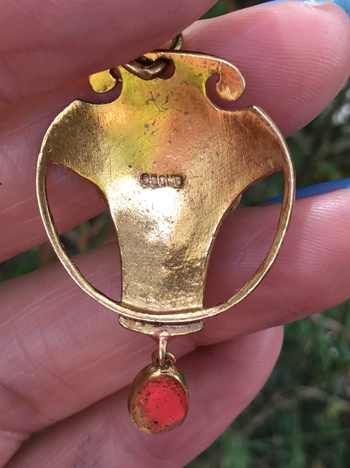 To me this as all the style of being Murrle Bennett, the pendant is marked 950 MB so I think it could be one of their earlier pieces because usually the mark would be MB&Co in a circle. The pendant I think as been handmade with a hammered finish, it is silver gilt. At the bottom there are 3 rivets which is typical of their work. The drop at the bottom was described as a imitation opal, I think it's real. The enameling is similar to a Tudor rose, the red rose of Lancashire and what should be white rose of Yorkshire which is yellow in this pendant. The enameling is translucent as you can see the hammering through it.
I have seen the same pendant on a auction in the States that also as the same markings and they describe it as it could be Murrle Bennett. Any help would be appreciated.