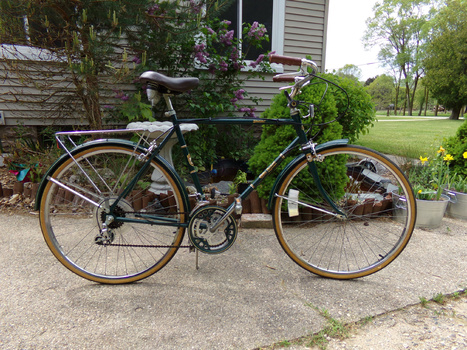 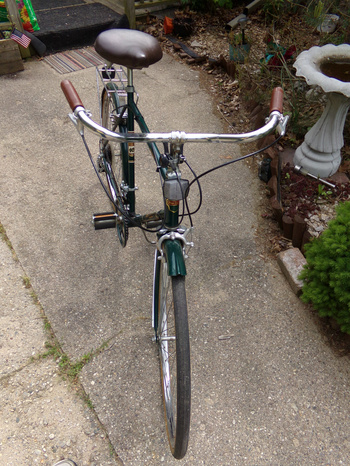 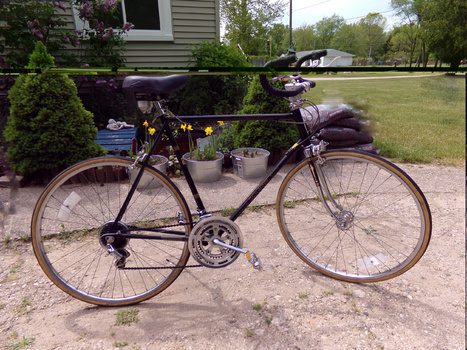 The last photo is a bike you may have seen before. It's a 1967 Schwinn Continental. Having finally fixed it up fully (Even for me at 6 feet tall, it's still too tall albeit I loosened, oiled, and hammered the seat post down), I took it for a 21-mile ride today. Albeit a very heavy touring bike on 35-year-old tyres and tubes (taken off my wrecked World Sport), it performed quite well. To try and save the decals, I've applied aloe baby oil, as they were crumbling away.

But, my newest bike (because I needed another one, of course) is a 1983 Greenbriar Free Spirit, sold by Sears stores for many years. Apparently this is one of the last decent models of the Free Spirit made.

The name, and that it is in my favourite colour, is why I picked it up.

I'll likely have to get a new wheel for the back, as one spoke is missing and another is snapped (it warps the wheel to ride on broken spokes, and that two spokes are bad tells me something is wrong) and the tube and tyre in the front I'll likely replace; but, I tested it, and I think it is a beautiful rider, even if only a 5-speed.

There are certain bikes where it just feels like a match, and, albeit riding on low air and broken spokes, it felt perfect (just like my wrecked World Sport had). So, I will likely make this my city bike (Neither do I want to use my expensive bike for commute through traffic as I've been hit several times, nor do I want to use my vintage Continental, and my other bikes are all currently not in running order, so....)

It just needs a nice bear decal on it. :D 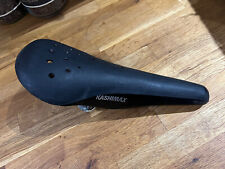 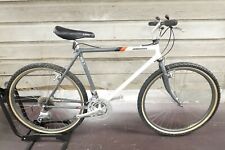 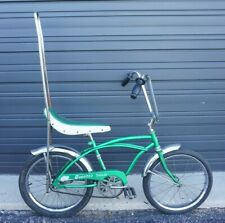