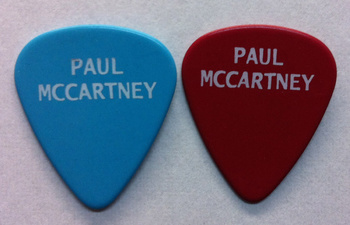 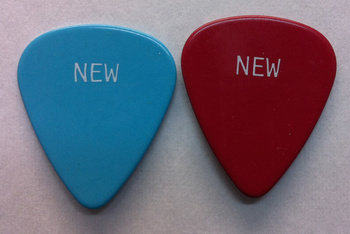 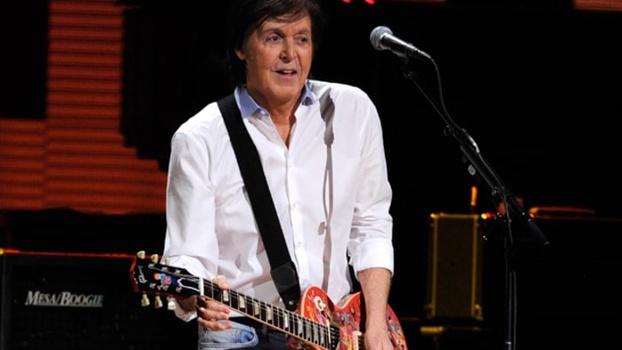 These red and sky blue guitar picks were specifically designed and made for Paul McCartney for use on his 2013 "NEW" world tour. These were concert issued for this tour and were to be used by Paul as needed while on stage.
When the tour was over...the picks were usually taken by the road crews and given away to fans or sold. These were McCartney's personal picks.