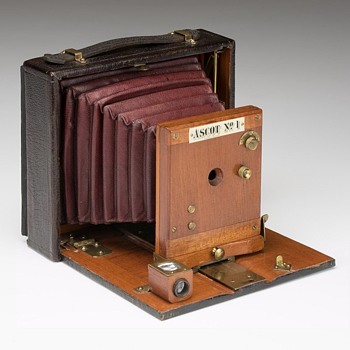 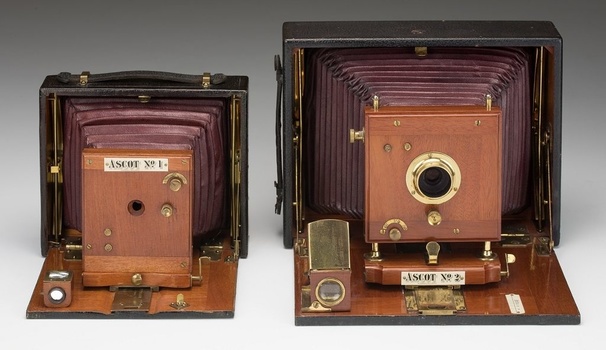 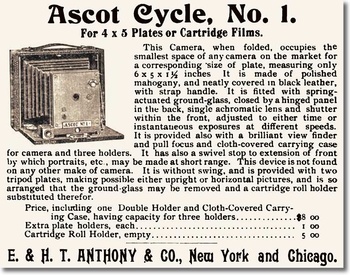 Finally! After years of searching, I now have a fine 4x5 inch format Anthony Ascot Cycle No.1 to go along with my 5x7 inch No.2 model (also posted here on CW). Each camera is rare and having the pair even more so.

As with the No.2, the No.1 shown here is not known by most camera collectors. As background, from mid-1899 to 1900 the E. & H.T. Anthony Company created a series of folding cameras under the name “Ascot.” All were made of leather covered mahogany bodies with brass hardware.

Of the twenty models offered, only two ‘cycle’ versions had internally mounted shutters. What is surprising is that Anthony made 20 camera models in barely a year, and then pulled the plug by selling the Ascot series to a group of four companies that merged to form the Rochester Optical and Camera Company.