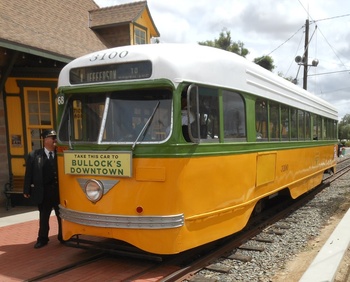 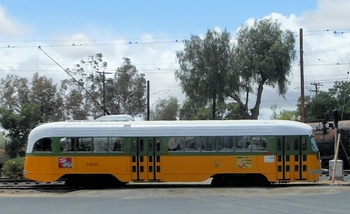 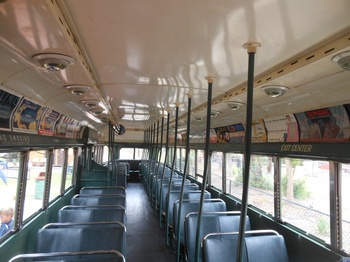 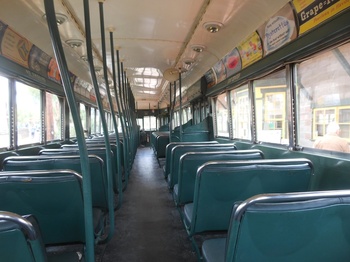 The OERM being the Orange Empire Railway Museum. Aside from having Railroad equipment they have a huge collection of electric streetcars and railroads. Mostly the Los Angeles Railway (LARy) and Pacific Electric. LARy was a street car line that operated in the downtown Los Angeles area.
This car was made in 1943 and was the last of these cars purchased by the LARy. As can be seen it has been fully restored. They also have 301 which was the first of this line of cars so they have the first and last.
This car and the others have about a mile or so of track that goes around the museum. It is a narrower gauge than railroad track. 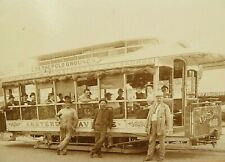 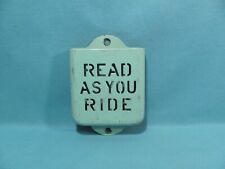 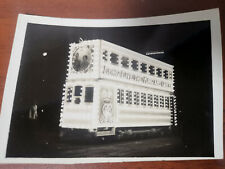