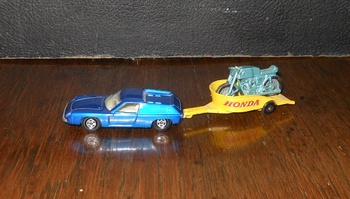 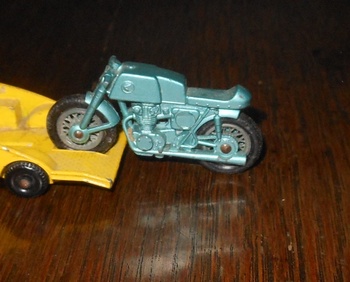 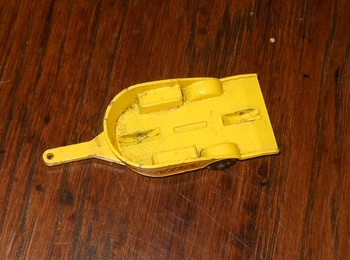 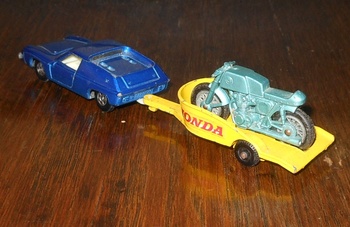 Featuring a pair of unboxed not quite mint models.
The Honda Motorcycle and Trailer were first released in 1968. It had an orange trailer then. In 1969 the trailer was done in yellow. After that it got the superfast wheels putting this solidly at 1969. Last I looked that motorcycle had the kickstand but not it is missing. It has probably been vacuumed up.
It is being pulled by a Lotus Europa MB6. I am fairly sure it is from late 1969. Very cool model. I think this one was only released as a Superfast model.
The last time I saw an actual Lotus Europa it was on the side of the 101 east bound freeway. Near the top the hill that separates The Valley from Hollywood. It's a very trendy spot to be stalled.