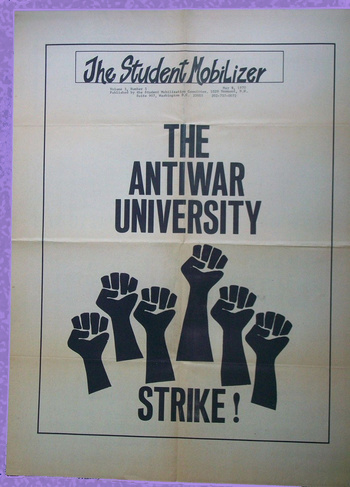 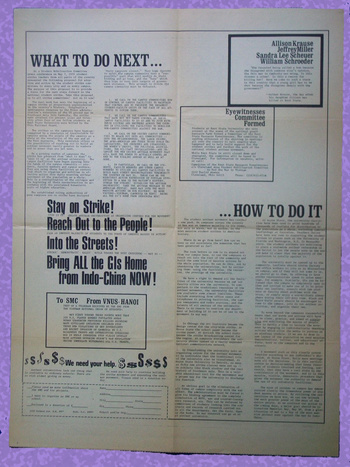 This is an issue of the newspaper of the anti-war Student Mobilization Committee, which was entitled The Student Mobilizer. Front served as a poster promoting the strike in a very simple but graphic way. It is dated May 9, 1970 and numbered Volume 3, #5. It measures about 22 1/2" x 16 1/2" and was a single sheet printed on both sides.

The front is the poster that promotes the Nationwide Student Strike that had begun at the start of May in reaction to President Nixon's invasion of Cambodia and was a contributing factor at Kent State. The back has a number of items on the strike, including proposals for further student action. The killing of the four students at Kent State University by Ohio National Guardsmen five days earlier is also covered. There is a listing of the victims name prominently displayed on the back.

The item was printed on newsprint

Declaration of independence/ Americ...
$11
See all