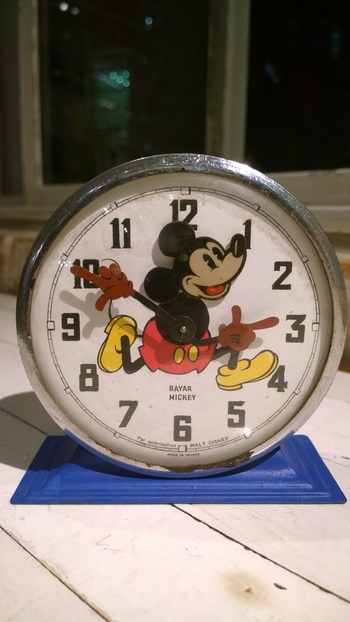 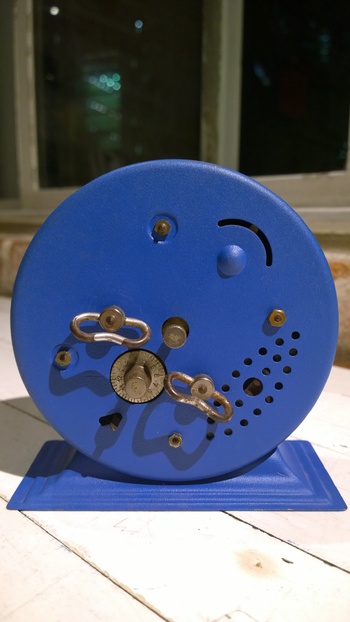 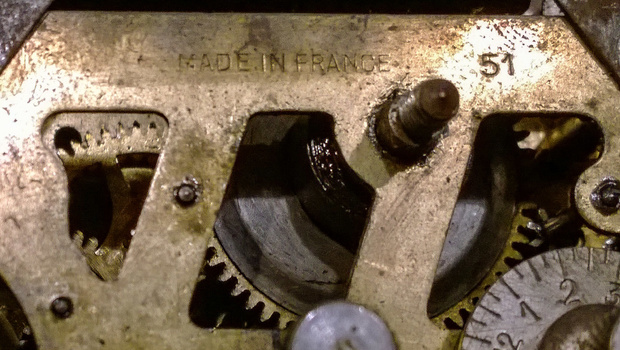 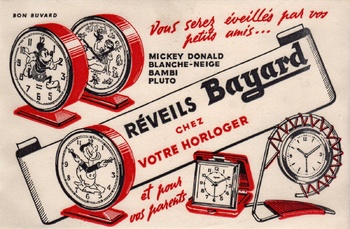 I had doubts about this nodding-head Mickey alarm clock mainly because of the mispelled manufacturer's name on its face. It is missing the final "d" of the Bayard French brand.

The seller was offering it as a "1940s French Disney alarm clock" and despite the case repainted in blue, it has all the characteristics of the period for this particular model (winding keys and openings on the case back, the wider stepped base, Mickey's low head position). The price was also too low to miss.

Today I decided to open it carefully, undoing the winding keys by turning them clockwise, with the four small nuts on the back to check if I could find a date stamped on the movement. And there it was: 1951 and "Made in France". So it isn't a 1940s or earlier but it is a Bayard after all. This means that the face was misprinted by the maker, making it rare on its own way! :)

Thank you mickeyismagic for your help and also kerry10456 for the information found in his CW's posts.

About the french clock maker Bayard: Founded in 1928 in Normandy, made many Disney-themed alarm clocks, starting with Mickey around 1930. Went bankrupt in 1984. The brand Bayard is now owned by Spiero Horlogerie as "Bayard Paris" (www.spiero.com).