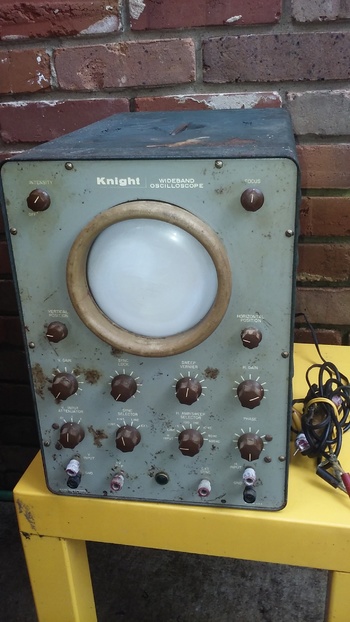 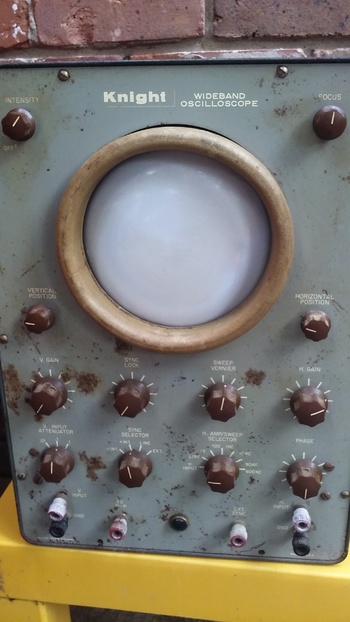 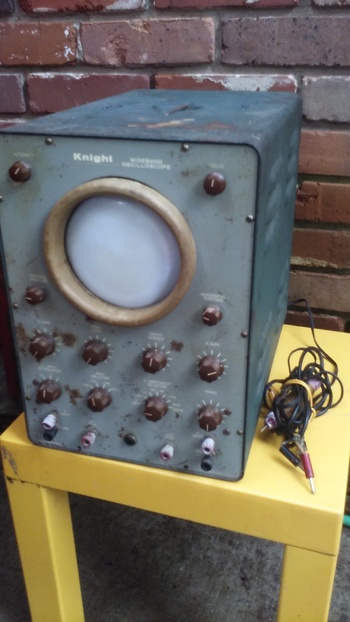 Here's another quickie from the 'vintage electronic testers' department... ;-)

This is a KNIGHT brand oscilloscope, which when in use would display a wiggly glowing green line across the middle of its round screen. (which can mean any number of useful things to an electronics technician, but that doesn't matter here) It likely dates from the 1950's, and still has one of its original testing probes with it.

I believe the KNIGHT company provided their equipment either pre-assembled or in "kit" form (similar to the HEATHKIT Co., except that Knight seems to have done more business with their pre-assembled ones, vs. Heath which seems to have concentrated on selling more kits) so there's a possibility this was 'home assembled'. (if so, likely by my high-school best friend's dad the engineer, who gave it to me way back then) I haven't actually plugged it in for more than 30yrs now probably, but I do remember that it still worked back then...??