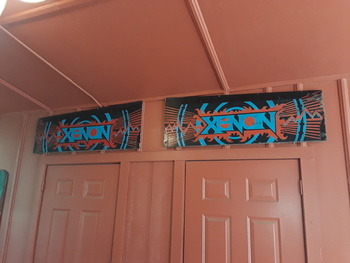 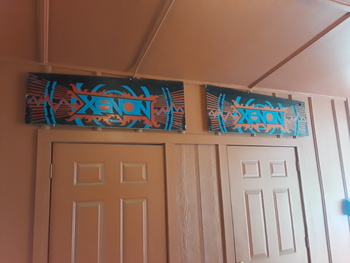 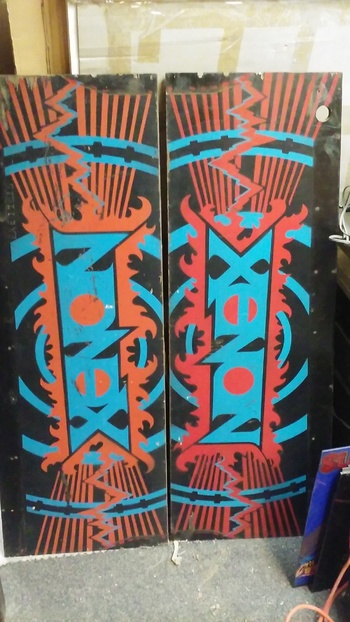 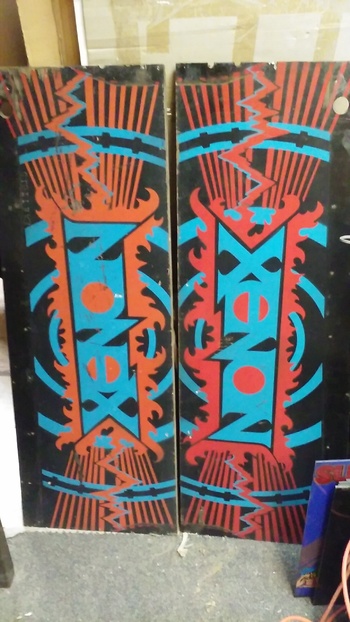 Seeking creative ideas on what to do with these two pieces... :-)

These are the actual side panels from the lower cabinet (playfield) portion of a BALLY XENON pinball machine (circa mid 1980's) which I recovered from a curbside trashpile a couple years ago, without its upper (backpanel/display) cabinet. [which sadly, the homeowner that'd put it out for the trash who happened to be on his front porch when I rode by and stopped - and who actually *helped* me load it - also mentioned HAD been there with it the day before when he hauled it out there, but someone else had come by in the meantime and taken only that part... <grrr>]

Anyway. Figuring my chances of finding a replacement backpanel cabinet for the machine were next to nothing (while also imagining how cool the one from this machine probably *did* look hanging on somebody else's mancave wall... <grrr> again) I ended up parting it out on eBay, selling off most all of it *but* the plywood cabinet itself.

And as perfectly useless (not to mention rather large) as that was, I *still* couldn't quite bring myself to toss the whole thing in the dumpster...the graphics are just WAY TOO MUCH FUN...so I beat it apart with a big hammer and saved the sides. ;-)

WHAT SHOULD I DO WITH THEM????

These plywood panels have now officially become "wall art" in my carport, where they'll theoretically continue to entertain me as I come and go while also being protected from general weather/direct sunlight. A MUCH BETTER SPOT for them I think, than otherwise stacked against a wall in a dark and otherwise unseen 'storage room'...?? ;-) :-) 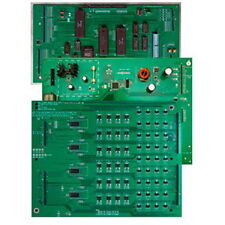 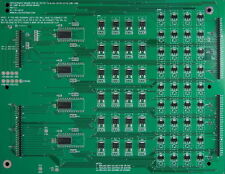 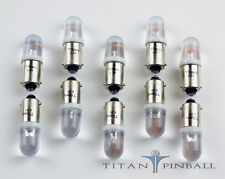 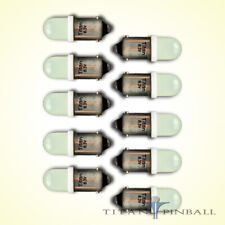