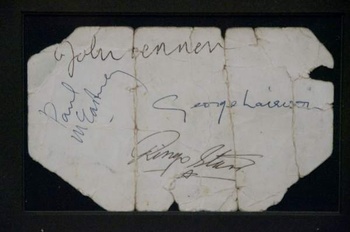 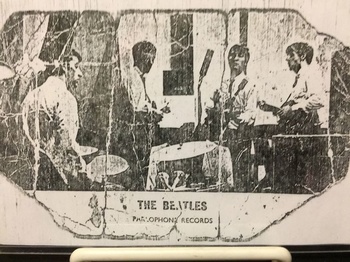 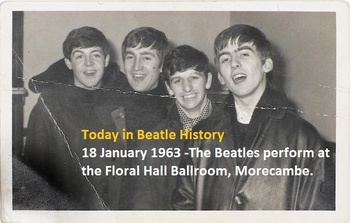 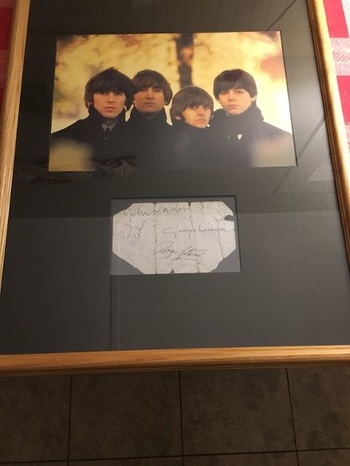 My "well loved" Parlophone Records promo card was issued in October 1962 to coincide with the release of The Beatles first record ,"Love Me Do". It's signed on the reverse in blue ink by Paul & George and in black ink by John & Ringo. The photo on the front shows The Beatles at Abbey Road studios on September 4, 1962, the day they recorded "Love Me Do". The picture was taken by Beatles photographer Dezo Hoffman. These promo cards were printed and sent to The Beatles to be signed and handed out to fans. These signatures date to circa January 1963. Signed first issue Parlophone cards are becoming very scarce in any condition. This was obtained by a fan on January 18, 1963 after The Beatles gave a concert at the Floral Hall Ballroom in Morecambe England. Sold through Sotheby's Auctions -June 18, 1996. Lot #295.