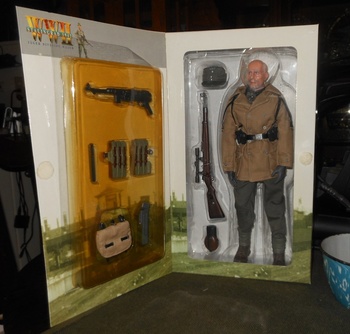 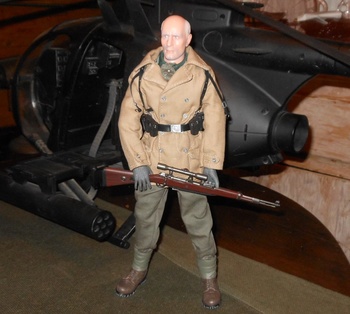 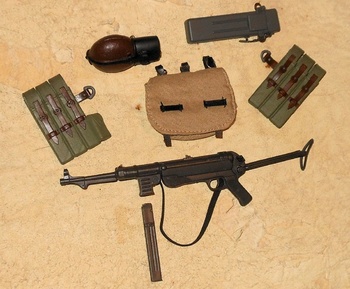 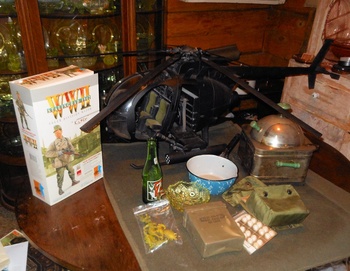 Dragon is a company known for tank models. In the late 199s they started making 1/6th scale figures as GI Joe 12" collecting had become quite popular. There were a few other companies but Dragon was on the high end making some of the most detailed figures but they are a bit pricey. Generally about $50 to $100. I got this for $30 at the Rose Bowl.
As for the figure it is a Jager Division Major with the name of Kater. Dragon gives all their figures names. Kater is a major in a sniper division thus a bit older than the typical 19 year old soldier. Snipers work in two man teams. The sniper and the spotter. The spotter would have a weapon that held more ammo thus the MP40. It has a detachable magazine (not a clip, that is up there with blood grooves). Snipers can get themselves in trouble when the enemy gets too close.
Photo 3 shows the extra accessories. The Major can either have the ammo pouches for the rifle or those for the MP40. There should also be binoculars for the spotter but none were made for this set. Sniping was primitive in WWII and they were just using hunting scopes with military rifles.