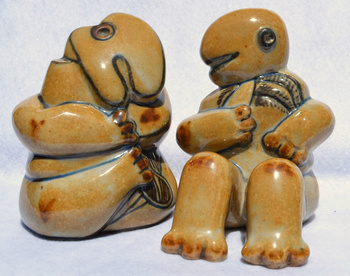 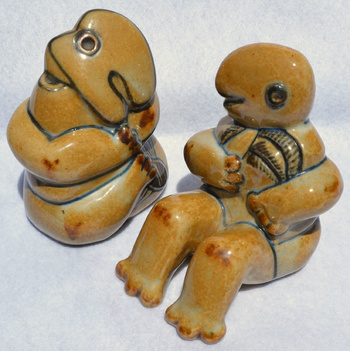 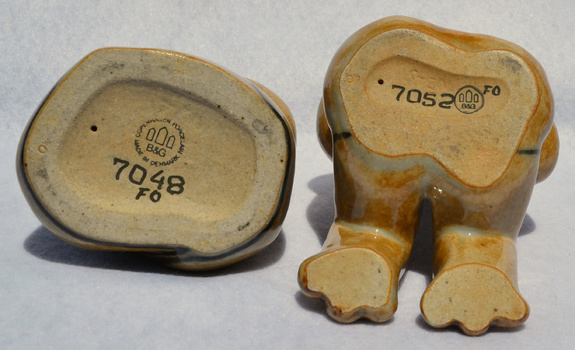 Sten Lykke Madsen was a designer for Bing & Grondahl from 1962 to 1986. While there, he created a line of figures called "Abstracts" that are rather different than the more commonly encountered B&G products. They are stoneware not porcelain, which in itself is not all that unusual, but they are also rather less representational than most. They express a child-like cartoonish joy of life.

There are eight figures that I know of though the numbers suggest there may be as many as thirteen. Some figures were done in two different glazes (light and dark). A couple of the figures are quite large but most are under 5" (12 cm).