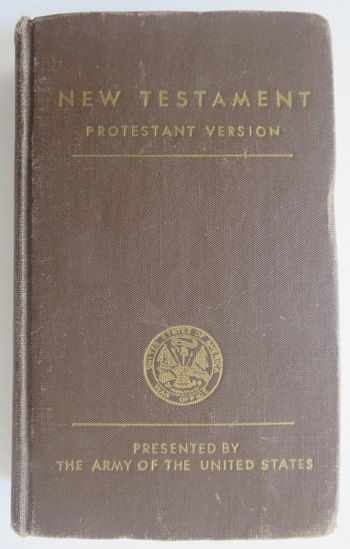 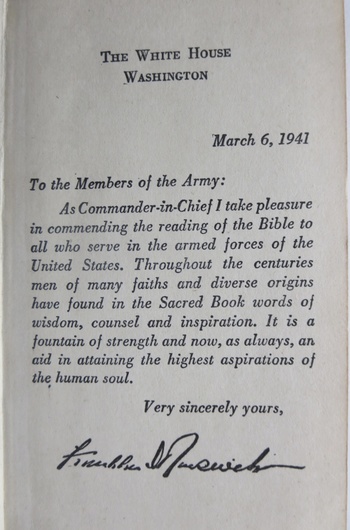 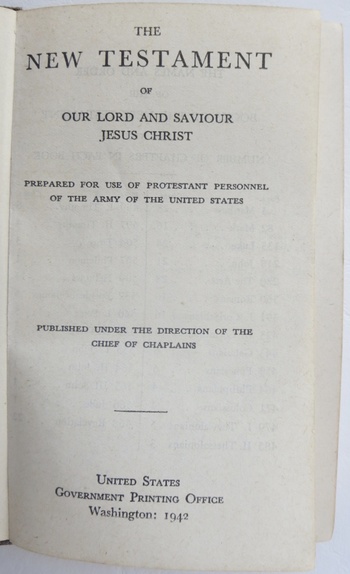 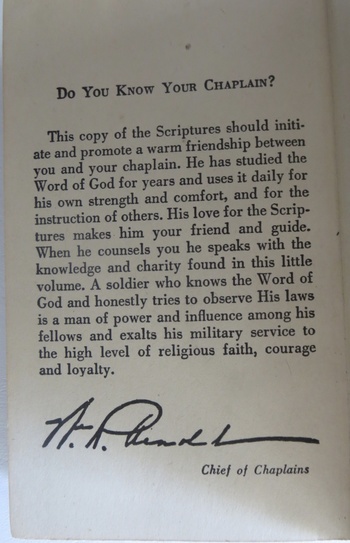 This is a WWII New Testament, Protestant Version, issued by The Army Of The United States with a United States Of America War Office seal on the front cover.
Printed by the United States Government Printing Office
Washington: 1942
A preface dated March 6, 1941 by President Franklin D. Roosevelt, commending the reading of the Bible to all who serve in the armed forces of the United States.
The last page, facing the back cover, is an encouragement to know your chaplain, signed by William Richard Arnold, Chief of Chaplains.