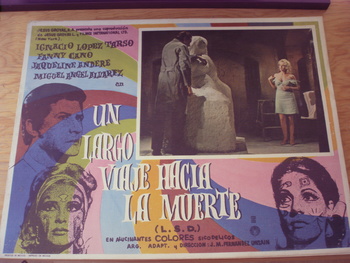 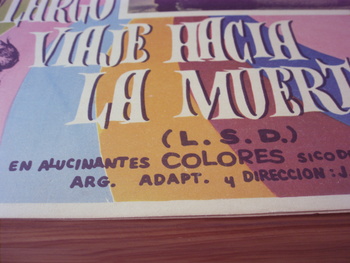 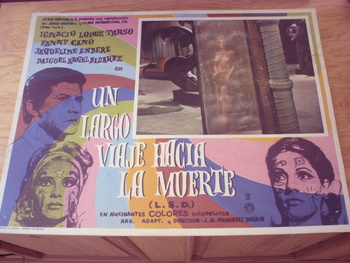 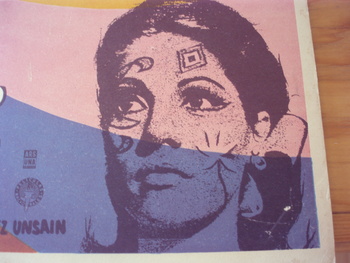 Good afternoon everyone,
Here is a Mexican Lobby card from the 1968 movie Un Largo Viaje Hacia La Muerte/ A long journey towards Death. I will just touch lightly on the plot and add a link which includes more information.

PLOT
The plot of Un largo viaje hacia la muerte references (and/or exploits) various contemporary topics, including LSD (also a plot device in 1968's The Big Cube, not to mention Hollywood pictures like The Trip). Although today we tend to associate LSD with "hippies" taking "trips," the drug was originally considered for therapeutic use and Un largo viaje hacia la muerte--despite the "psychedelic" titles and certain parts of the LSD sequence--has nothing to do with the youth culture of the late Sixties.