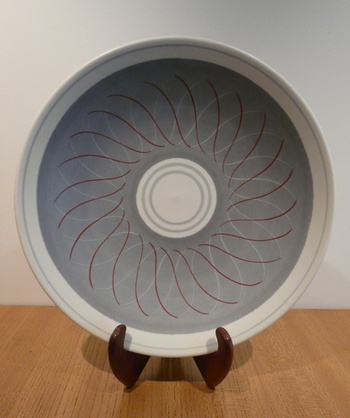 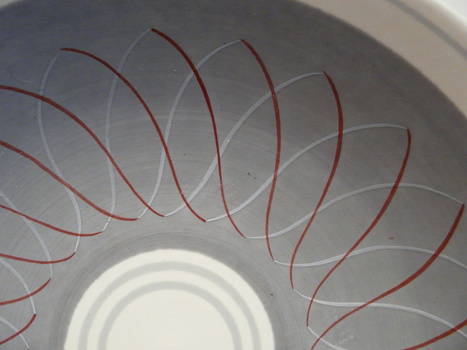 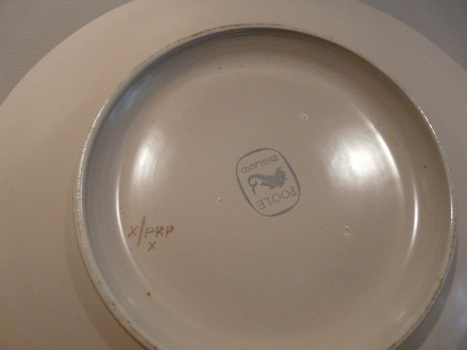 This large Poole Pottery dish is from the Poole Freeform range. The Poole dish/charger has an impressed shape number 920 and is a massive 13" in diameter. It has been decorated in the PRP pattern designed by Alfred Burgess Read in the 1950s and displays intertwined red and white curved lines over a light blue base. It's an example of the modern, clean and stylish designs that Poole pottery was producing during the 1950s and 1960s.

On its base it has the late Poole England pottery mark used from 1956 - 1959, the impressed shape number 920, the painted pattern code PRP and the prefix X indicating it was a hand painted pattern by Gwen Haskins. Gwen Haskins was senior paintress who was with the pottery from 1938 to 1977.

I love the control of the hand-painted pattern that creates a complex image that reminds me of the patterns that we were later able to create using one of my favorite toys of the 1960's the "spirograph". The painters paintresses at Poole did amazing work like this on a variety of shapes that Alfred Read and Guy Sydenham created in the years from 1953 to 1957.