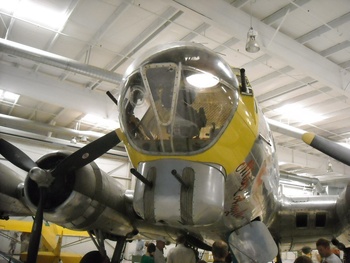 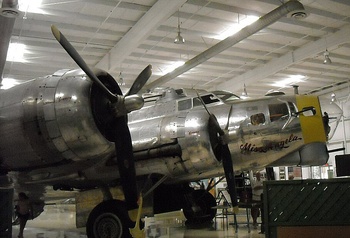 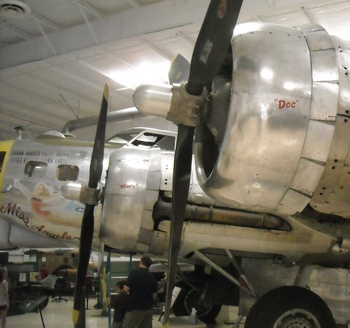 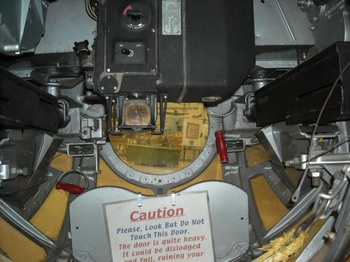 This the Flying Fortress Miss Angela from the Palm Spring Air Museum. It is a G model which is the most common version found. It has the distinctive chin mounted machine guns.
The engines have been named on this one and they do not inspire confidence. Grumpy and Sneezy are on the starboard wing and Sleepy and Doc are on the port wing. The names are probably descriptive. Having seen a few B-17s start up I can see where they came up with the names. Much sputtering and smoke and coughing but they all eventually get going.
The last photo shows the inside of the ball turret. The sign is on the seat. The .50 caliber machine guns were on either side of the gunner's head which must have been very pleasant. The curved pieces next to the round window is where the feet went. It does seem a bit cramped.