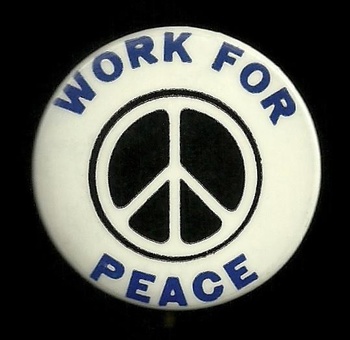 This button was made for the Nov. 15, 1969 2nd National Moratorium against the Vietnam War, A massive and peaceful demonstrations in San Francisco and Washington, DC. Organized by the New Mobilization Committee to End the War in Vietnam (the "New Mobe").
An estimated 500,000 demonstrators took part in the largest such gathering to date.
Made for and used during the lead up and the event by Fox Buttons - Larry Fox
1 1/2 diameter
The First National Moratorium was one Month before on Oct. 15, 1969