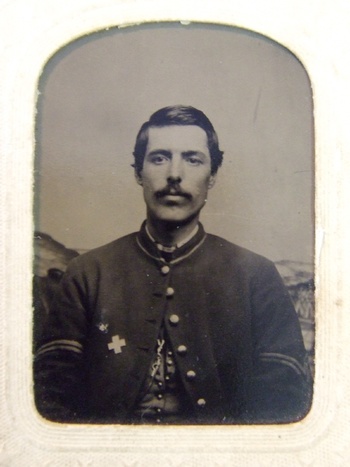 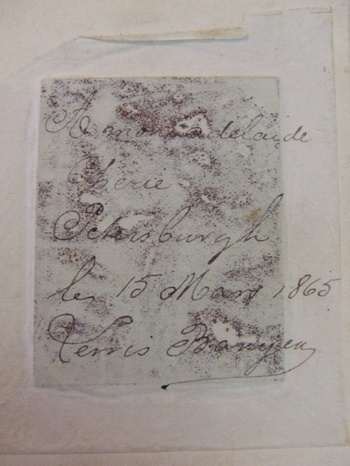 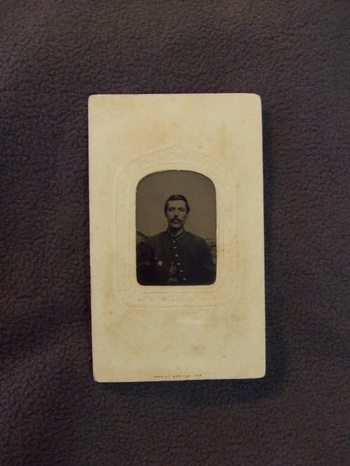 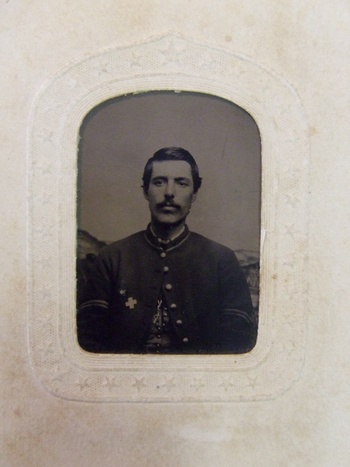 Lewis Banyea enlisted into the 5th VT Infantry on 9 SEP 1861.

He served for the entire War with the Regiment and was wounded at Savage's Station. Banyea must have been a good soldier as he was promoted to CPL and then SGT.

In DEC of 1864, he married Adelaide Bouvier, a French Canadian.

In March of 1865, while on the outskirts of Petersburg, CPL Banyea had this photograph taken and sent it home to his wife with a loving husband's inscription: “To my Adelaide, Sweetheart, Petersburg, the 15th of March 1865, Lewis Banyea".

In this tintype photograph Banyea wears Corporal stripes and the 6th Corps badge of his unit.

Banyea returned to Vermont after the War. His love Adelaide died in 1905 at the age of 60 or 61. Lewis lived until 1920. He and his wife are buried in the Old St Louis Cemetery in Franklin VT (Find a Grave).

Do not copy my images without permission. 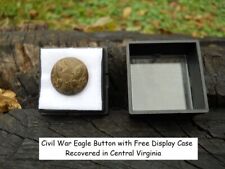