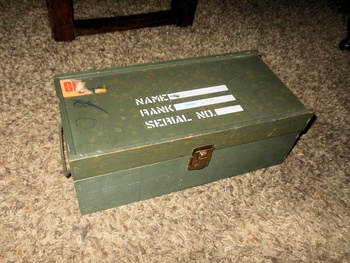 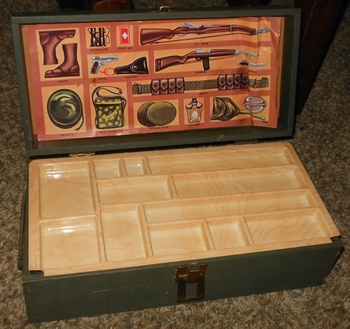 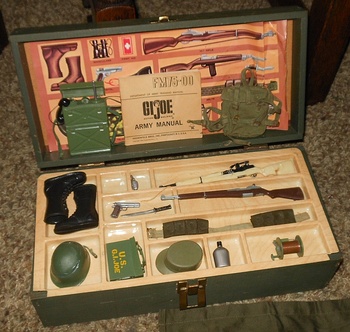 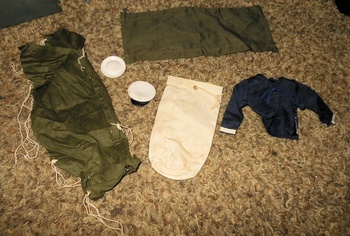 I run into a lot of these GI Joe footlockers but they tend to be filled broken pieces and junk and missing key pieces like the tray or the backing paper that shows where everything should go.
This one did come with several after market pieces seen in photo 4 but it did come with some good original pieces. The main one was the GI Joe foreign head Soldiers of the World figure. I will post that later.
In phot 3 I put the best items in the tray although the white rifle and boots are knock offs. But even the vintage knock offs have value now. Best pieces here are knife and the .15 pistol. That knife is actually a German bayonet but in came with the French Resistance Fighter part of the Soldiers of the World or SOTW. Other good pieces here are the radio, Army manual, backpack and several other. Not quite gold but perhaps plastic silver.