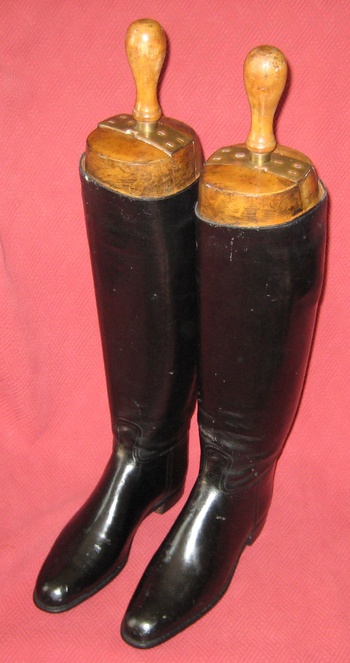 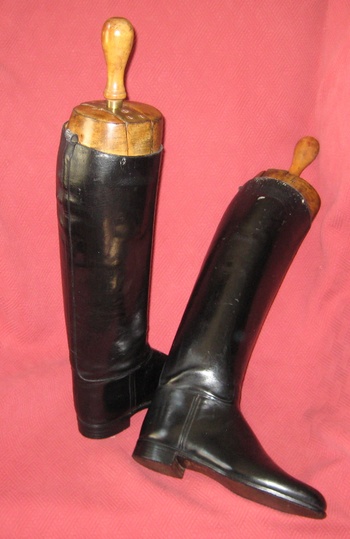 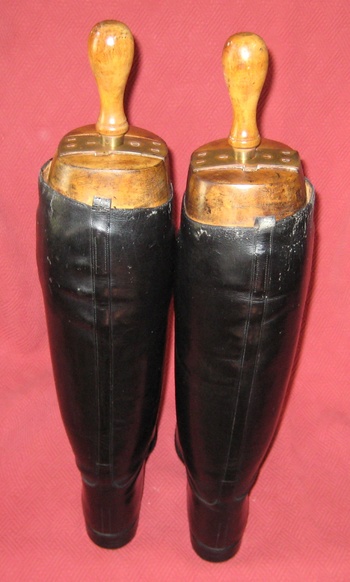 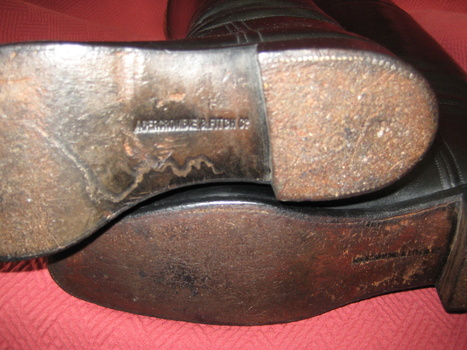 Thru the years, we have managed to acquire a nice collection of vintage equestrian riding boots with wooden lasts. We simply use these for display purposes as many are very fragile.

Here, we have a pair of Abercrombie & Fitch Co. equestrian riding boots with their original wooden boot lasts. These were made in England sometime in the early 1900's and are still in pretty fair condition (after a good cleaning and polishing).

There are gold embossed labels inside each boot that reads "Made In England For Abercrombie & Fitch Co." So, I don't know who the actual boot company is that made these.

Thanks so very much for stopping by!!