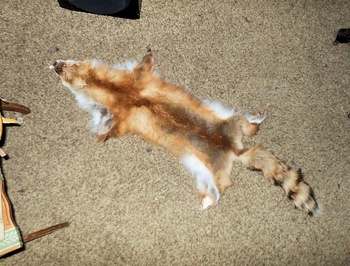 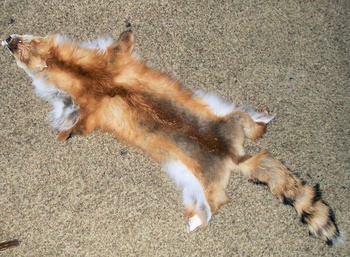 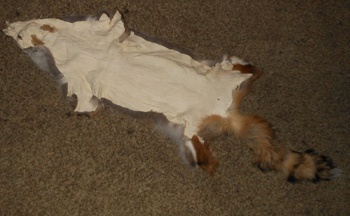 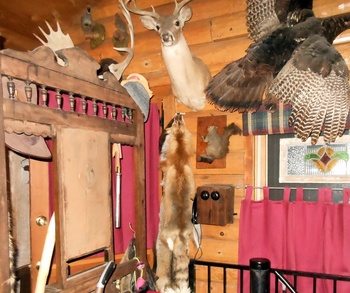 At 52 inches long this is a rather large fox pelt. It's about the size of a medium sized coyote.
Red foxes were imported from England. Some were released for hunting and many raised in fox farms. There was a fox farm up here in Big Bear.
In the meantime the gray fox is native to the Americas. Both seem to be doing well. Some say the red fox is replacing the gray fox in the wild but the gray fox doing well in the suburbs.
Anyway it a big colorful pelt. No clue where it came from but it is now hanging around my home.