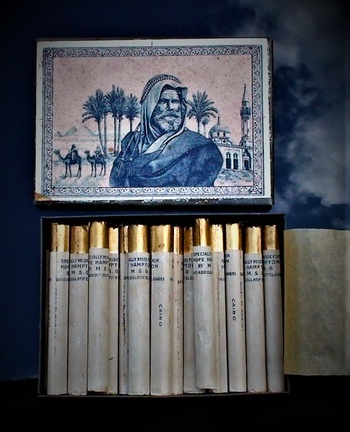 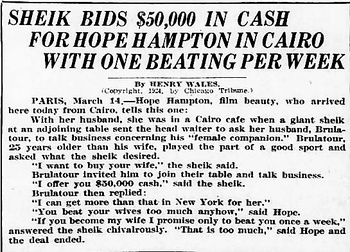 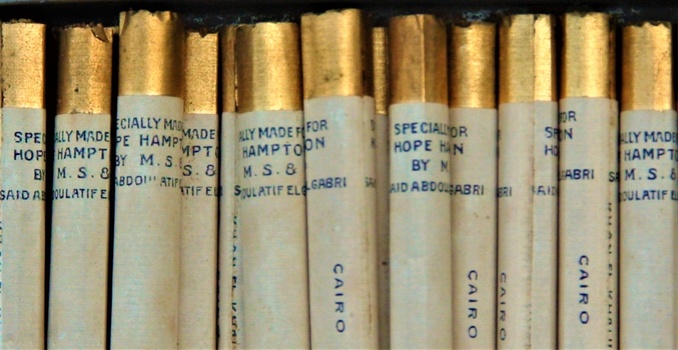 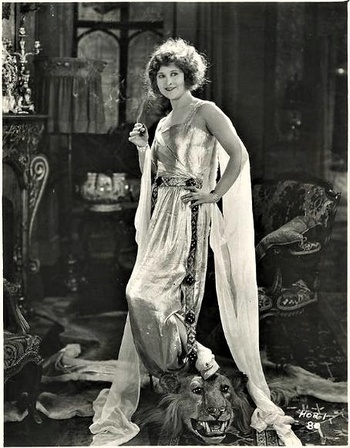 "Glamour is finished. I don't want my picture in the papers next to a girl with jeans on." ~~ Hope Hampton

An antique tin cigarette box from the 1920s. The outside has a blue and pink label of an Egyptian sheik with a background of palms, pyramids and camels. Inside are 18 of the original gold-leaf tipped (to prevent one's lips from sticking) cigarettes. Each cigarette is stamped “Specially Made for Hope Hampton by M.S. & Said Abdoulatif Elgabri, Cairo”
Hope Hampton (Mae Elizabeth Hampton) (February 19, 1897 - January 23, 1982) was an American silent motion picture actress and producer, who was noted for her seemingly effortless incarnation of siren and flapper types in silent-picture roles during the 1920s. She also at one time was an aspiring opera singer.
On her honeymoon trip to Egypt, a Sheikh offered her husband £10,000 British pounds to buy his wife. The husband smiled at the Sheikh and told him that Hope's jewels were worth more than that. Her honeymoon was in 1923, so one can assume she got these cigarettes at that time.
There is the smell of perfume to the cigarettes and I understand that some cigarettes of that time period were actually scented.