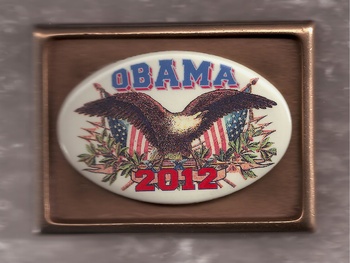 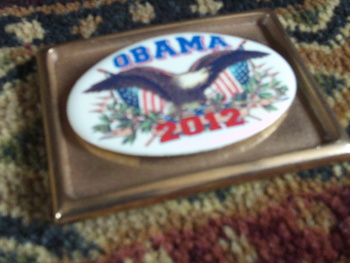 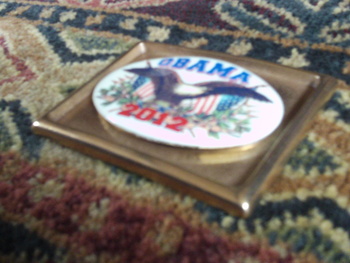 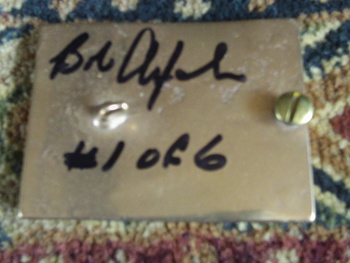 One of the more unusual items from Bob Alexander of Guardfrog who makes several limited edition and unusual buttons, Some of my early posts show a few of them including his collectable Double Bubble buttons that is a smaller button mounted on a larger button, My 3rd post that has a little boy Fire Fighter as the 1st shown pic also has a quad bubble that has three 1 1/2 buttons mounted on a six inch button.
(as seen in Hunters cover story last week "Pushing Buttons")
This was the only time he made a belt buckle that has a 2012 limited Obama button mounted on a brass buckle and he only made six, This is #1 of 6, I'm not sure if he signed all six but this one is anyhow.