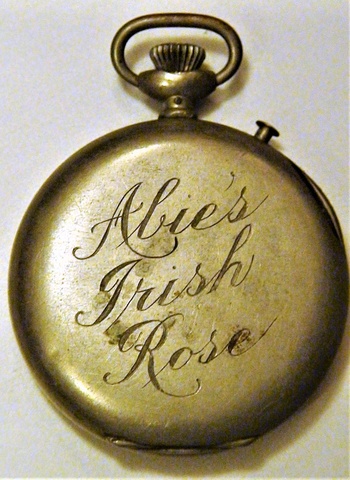 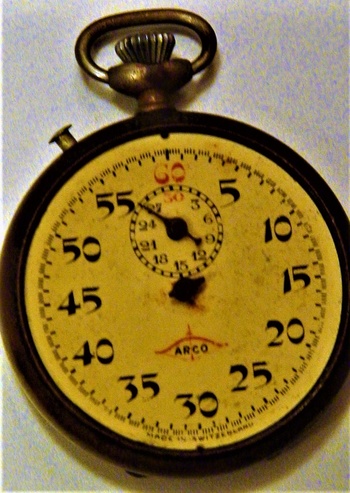 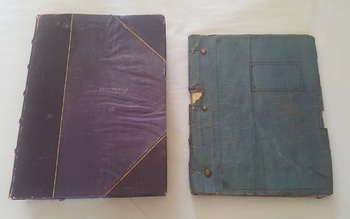 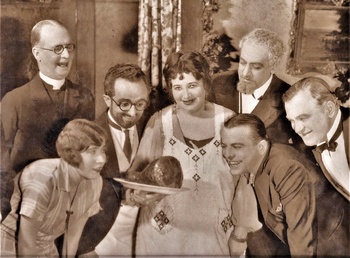 My cousin, Anne Nichols, wrote the famous play "Abie's Irish Rose" in the 1920s and the play remained in production for several years. It then became a radio show in the 1940s. There were two movie versions of the play in 1928 and 1946. The television show "Bridget Loves Bernie" from the 1970s was based on Anne's play.
I was thrilled whenever I found the Arco stopwatch above with "Abie's Irish Rose" inscribed on the back. I am sure that it was used to time scenes of the play. It is in very bad condition but, to me it is a treasure. I am trying to figure out the date of the stopwatch. It could range anywhere from the 1920s through the 1940s.
The second photo shows an original script of the play with several hand-written annotations (right) and Anne Nichol's personal copy of the transcripts of a famous lawsuit she lost against Universal Pictures (left).
The last photo shows a scene from the play. My other cousin, Evelyn Nichols (front left) is playing Rosemary Murphy, the lead in the play. She is one of Anne's sisters.
The stopwatch was in a group of watches that someone was selling for parts. I am so lucky to have found it!