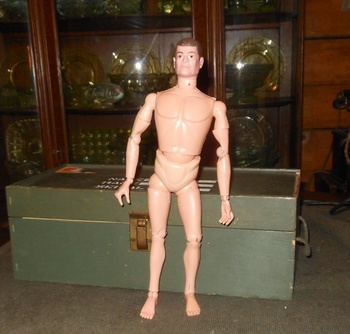 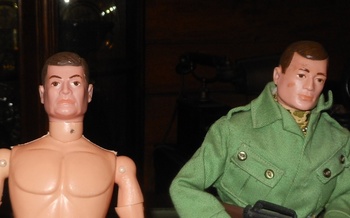 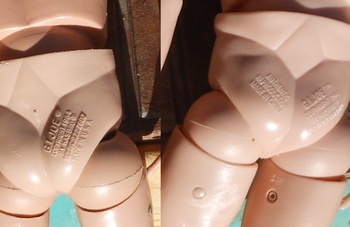 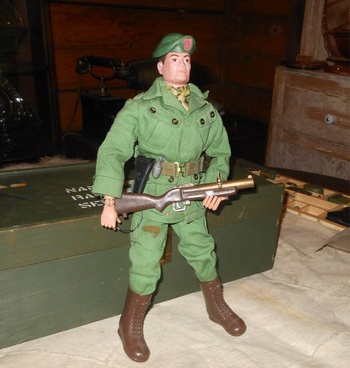 This came with the footlocker I bought at the Rose Bowl. This is the Soldiers of the World (aka SOTW) figure that was sold in 1966. This version is also called the "no scar" or "foreign head" GI Joe. The SOTW figures were based on WWII outfits from 6 different countries.
These have a different head sculpt the most distinguishing feature being the lack of a scar. Photo #2 shows a regular GI Joe scene on the right to show the difference. A small percentage of GI Joes are the foreign head version.
Photo #3 shows the how to tell a vintage Joe from a repro. The originals have the text on the right butt cheek. The reissues have text on both cheeks with made in China on the left. Do not worry about having to pull down their pants. It is what you have to do. The first ones will have "pat pending" in the raised area in the earliest ones but those wouldn't be a foreign head.
Photo 4 shows what I decided to do with this figure. Make him a Green Beret. One of my Green Beret had a reissue body and that is one of the few sets worthy of this rare figure.