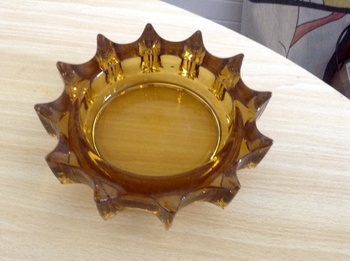 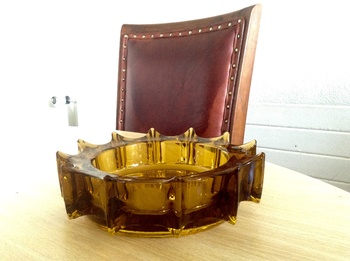 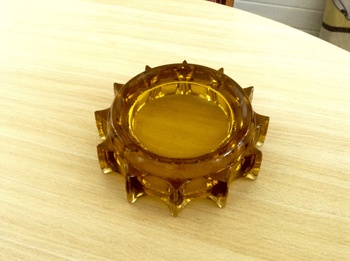 Bought at salvation army for 4.50$ I didn't have a clue even what this was untill sklo42 came to the rescue ( like so often, thank you sklo42:) )
This was designed by Rudolf Jurnikl in 1972. The design was called Iceberg and came as a vase, a jardinière and a bowl (two sizes). It was made at Rudolfova and can be found in the usual Sklo Union colours.

The design was re-issued and appeared in the 1993-1994 Avirunion Catalogue, having been renamed Hopkirk. Thanks for looking :)