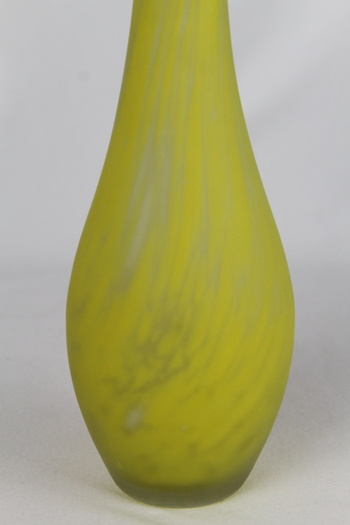 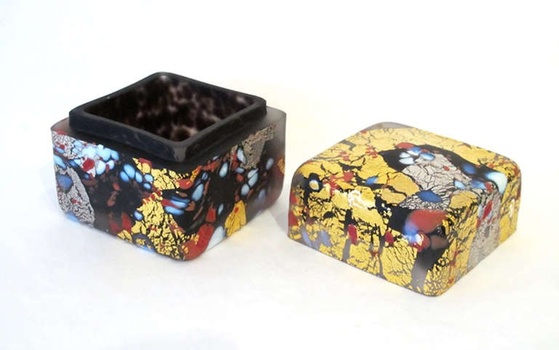 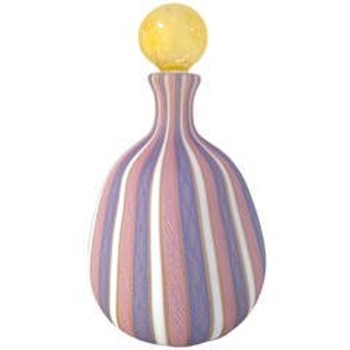 Kyohei Fujita (1921-2004) is considered one of Japan's greatest ever glass artists, and is the only one to be recognised as a Cultural National Treasure. There is a museum dedicated solely to his work in Miyagi Prefecture, and his glass appears in many major galleries world wide.

Fujita is best known for his Venetian influenced latticino vases and bowls, and his richly decorated glass boxes. His works regularly sell for many thousands of dollars, and even though this vase is a very simple work of his, I am happy to have been able to buy it at a price affordable to me (it was cheap really).

Clear glass with a faint dark tinge, yellow spatter, very Japanese shape. Like much of his work it has been either acid finished or sand blasted for a matte effect.

The last two photos are examples of his later and more ornate works.

If you are interested I will post a link in comments for a short biography of Fujita.