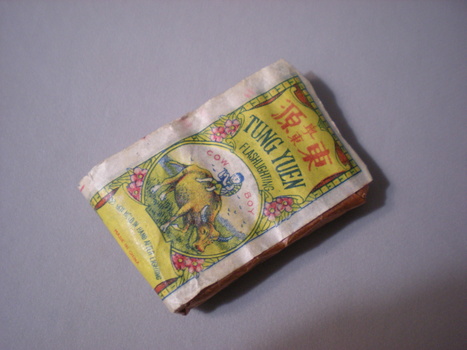 I found this pack of firecackers in an old box in my mothers attic. they are some that became misplacd years ago. These could be purchased at stores in the late 1930's for a penny. made is china. Notice their idea of a COWBOY.very small about one inch long, 8 per pack
We did hold them in the tips of our fingers. Others about the same size were called "ladyfingers"
Other types of fireworks which were really dangerous were Dynamytes and Baby Giants which were about 4" x 1" and really powerful. They would completely open up a can,flat. Those were US Made and had waterproof fuses. When dropped in a creek ,it would stun fish. None of us ever were injured by these powerful fireworks.