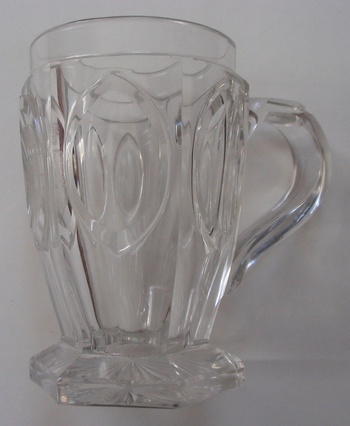 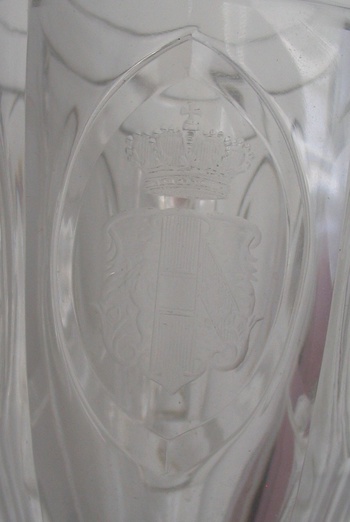 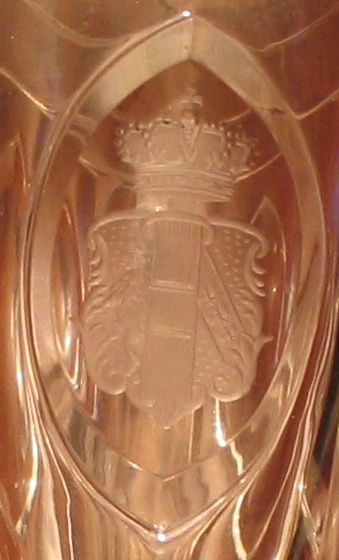 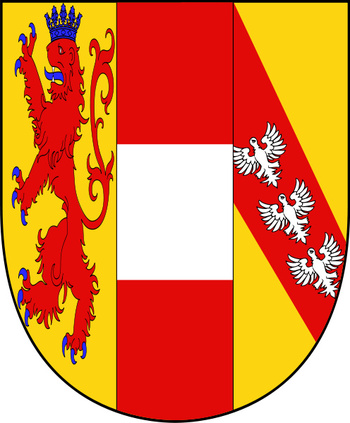 Bohemian clear crystal cut mug with hand engraved Habsburg – Lorraine coat of arms.
It is made by unknown Bohemian glassmaker - 5 `` tall.
The ducal crown dates the mug between 1736 and 1804 (The Duke of Lorraine and the Archduchess of Austria) when their coats of arms merged. The shield displays the marshaled arms of the Habsburg, Babenberg and Lorraine families with the ducal crown. Coat of arms of the Babenberg, later used by the Habsburgs and today's coat of arms of Austria.
Dating based on the ducal crown only is not reliable because all Archdukes of the Habsburg – Lorraine House used this coat of Arms.

Emperor Franz I 1768 – 1835 was the last Holy Roman Emperor, ruling from 1792 until 6 August 1806, when he dissolved the Empire after the disastrous defeat of the Third Coalition by Napoleon Bonaparte at the Battle of Austerlitz. In 1804 he had founded the Austrian Empire and became Francis I of Austria (Franz I), the first Emperor of Austria, ruling from 1804 to 1835, so later he was named the one and only Doppelkaiser (double Emperor) in history.