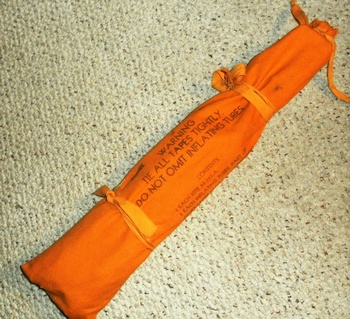 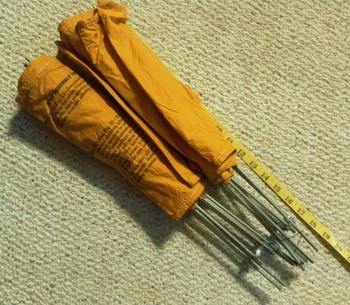 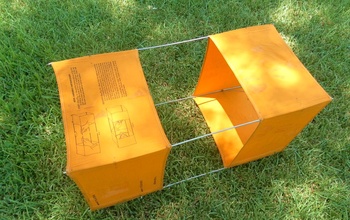 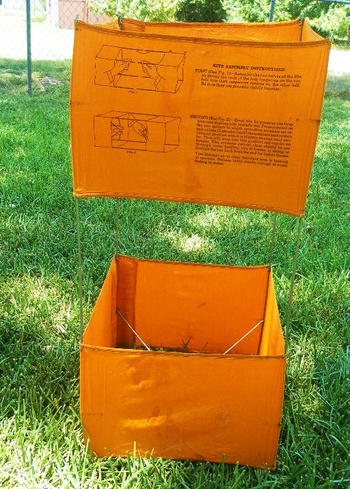 This kite was included in a NAVY ww2 emergency communication transmitter. It was called a Gibson Girl as it was shaped so as to fit between a persons thighs. A crank was turned that would transmit a SOS signal.
The antenna was a wire connected to the kite when there was wind. The kite structure was made of steel tubing that could be stored in the bag. assembled it was about 3 feet long and very sturdy.
when there was no wind a balloon was inflated using a canister that produced hydrogen to inflate the balloon to about 4 feet diameter. The balloon was sealed in a can like was used for coffee in the 30's-40's.
A light was also used at night. I had the entire set but sold the transmitter.
I had 2 balloons and inflated one and let it go connected to a large roll of string. I did know that there was a break in the roll so off it went.