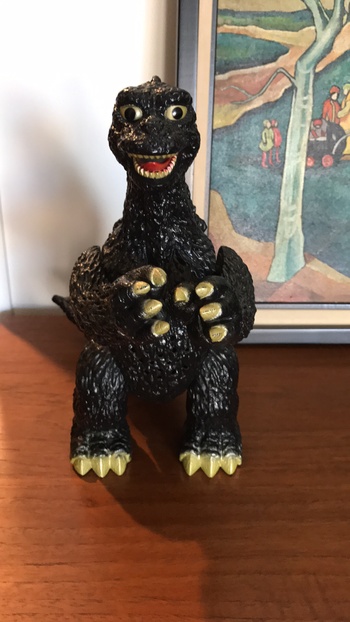 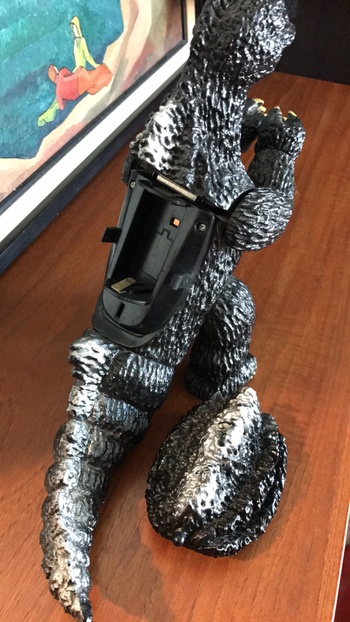 Bought this at auction with some other Godzillas. Have not been able to identify it. On the bottom of one foot it says "Japan" in English and the other foot says "Toho, Toho Films, Godzilla" in Japanese. I put a battery in it but it didn't do anything, there is no switch so maybe there was some remote for it. Looks like it may be from the 60's or 70's but it is hard to tell. 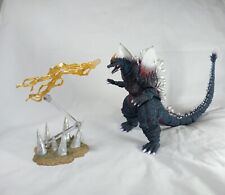 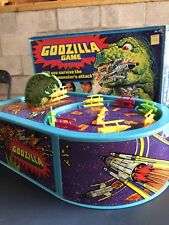 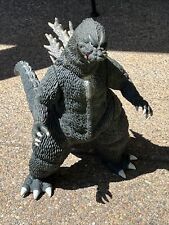