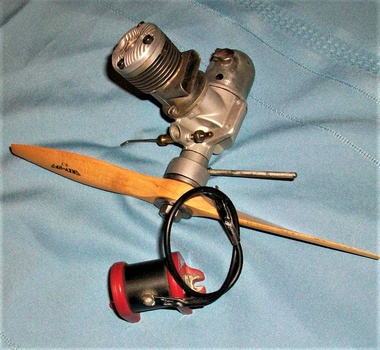 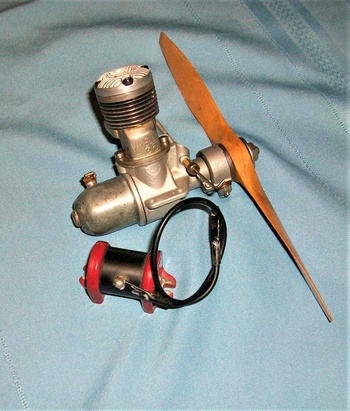 My Vivell 35 engine. This engine was very powerful and got in trade by rebuilding a friends bicycle.
I flew this engine in an airplane model called the PLAYBOY. It flew very good but the spark ignition was hard to work. condenser and battery are gone.
I changed over to a glo plug and put in many hours flying. The tail had hinge system that had a fuse which would burn thru a string and cause the tail assembly to pop up and the plane would come down nearby ....if there was not much wind.. The plane was damaged and repaired so many times it was discarded. It was much fun tho.