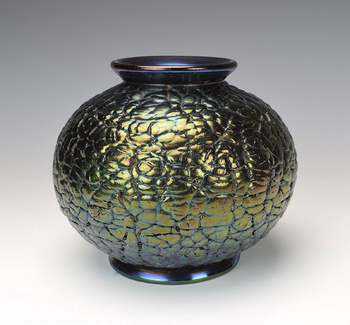 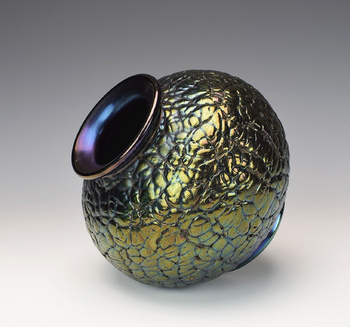 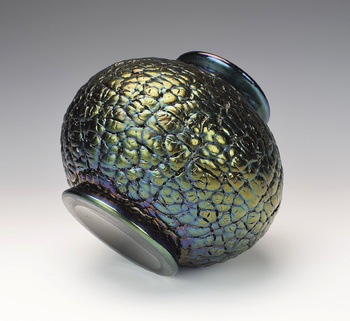 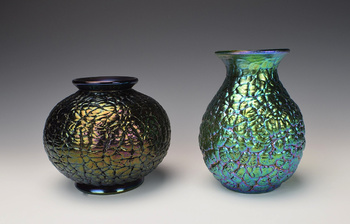 A few weeks ago, this vase showed up on eBay, and I was fortunate enough to get it. It was made by Thomas Webb and is a rare excample of his "Bronze" glass. I thought it would make a nice compare and contrast piece for my Loetz PG 377.

It dates from around the late 1870's to early 1880's, and the decor was nicknamed the"brains" pattern for obvious reasons.

The finish was created from Webb's experimentation with recreating the iridescent finish we find on excavated Roman Glass, which show the signs of time being buried in the earth and reacting to natural chemicals such as iron oxide. The base colour is a deep green, and the iridescent blues, purples and green colours were created by a complex chemical formulation.

The process called for the use of a closed muffle or chamber where the fumes from the evaporation of tin and other metallic salts permanently attached to the surface of the glass producing a rainbow of iridescent blues, purples and green colours.

The last pic shows a side-by-side comparison with my Crete PG 377. As always thanks for looking!