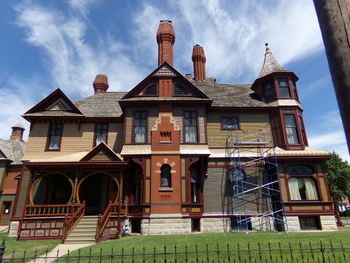 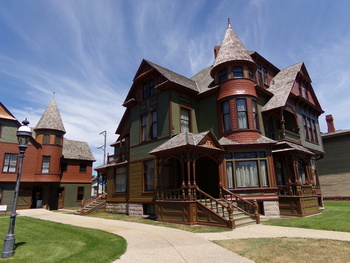 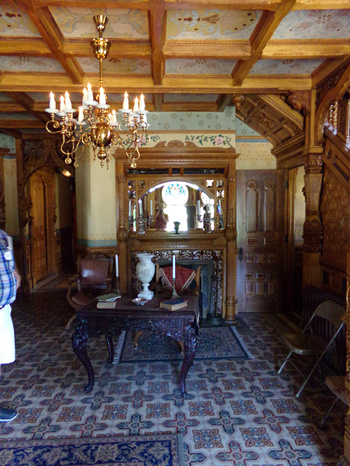 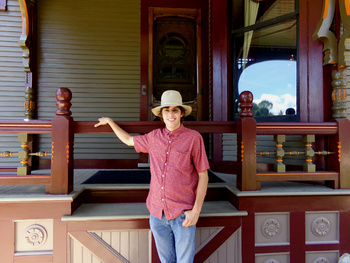 Every few years, the Museum changes up the homes a little to reflect different periods. The Hackley House is currently in its 1890s style (stripped to the original colours and redone) and the Hume Home is done in its 1910s-1920s style. They shared a barn that would itself make a glorious home.

The Hackley and Hume families helped build Muskegon and keep it moving forward even after the lumber stop coming down the river. Hackley basically invested half of what he made.... back into our economy, and was so set on Muskegon's economy that even the carvers that worked continuously for two years on the woodwork.... were all local.

In the 1980s both houses and the barn were at risk of being demolished due to being in disrepair. Their 100-year history at that point was considered of less value than the cost to restore them.

The homes were donated to the Museum, and the city residents voted to pay more taxes to bring the homes back to life.

Work is still being done.

While they look glorious, a friend and I were discussing the fact that the Museum deceives many of its visitors. The Hackley House is supposed to be restored to its 1890s glory with period-correct furnishings, yet a hat-box from the 1960s or 1970s (I have the same one) was on display in the bedroom of the daughter who died near 1900. I happened to have some of the same artwork, which I know is 1900s through the 1920s as well. Bryan poined out that the phonograph, too, was 1920s, and not correct for the 1890s theme.

The Hume home was even worse, with many modern Asian vases and little glass figurines you can still buy at imports stores-- original to the family, but at a much later period.

And they won't tell you this. They tell you that not everything is original to the house, but the only item the guide pointed out as being period-incorrect was the ice-box, which someone had asked a question on (also 1920s).

Great places to visit, but all the houses our Museum has as still-life displays.... are just like this. The Depression-Era house is even worse in that.

I've commented to the Museum before that things were quite obviously incorrect, but I doubt they'll make any changes.

A fun time, but disappointingly incorrect. 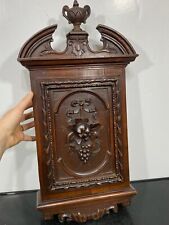