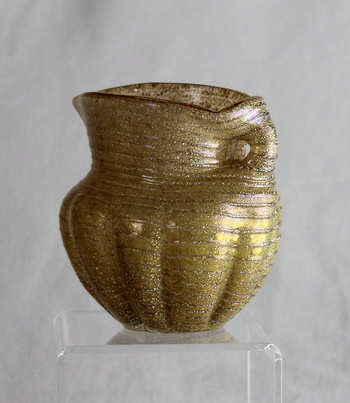 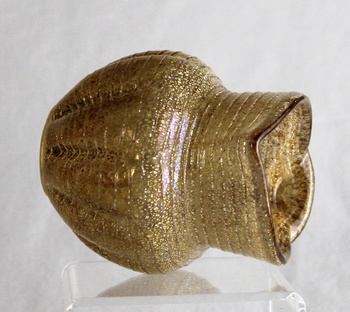 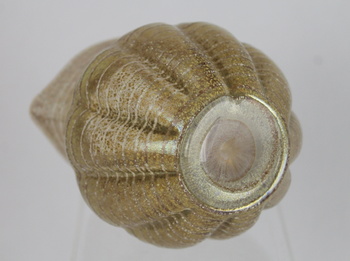 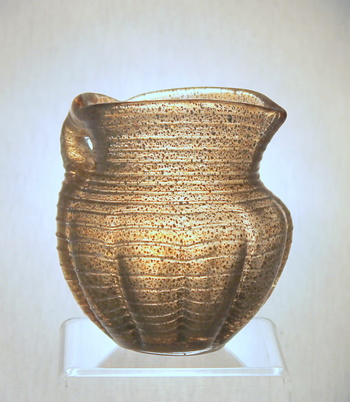 A beautiful little piece of glass by Iwata Kuri, dating to around 1985.
I had assumed this was a sake glass but after being questioned cleverly on it (thanks Ivonne!) I have now found out it is a small holder for tea to be used in the tea ceremony. Iwata produced many beautiful works for the tea ceremony.

In this later part of his life Iwata played with subtle surface finishes, often in gold with spatter or trailing. This is a lovely piece, despite it's small size of 10cm. I suggest you enlarge the pics to get a better idea. 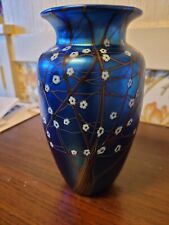