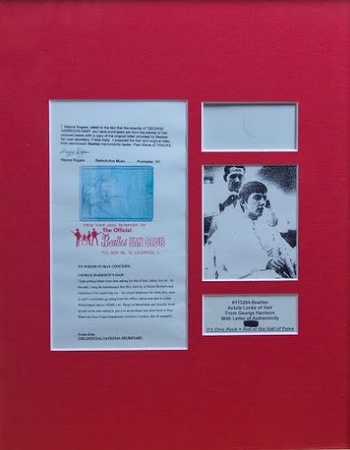 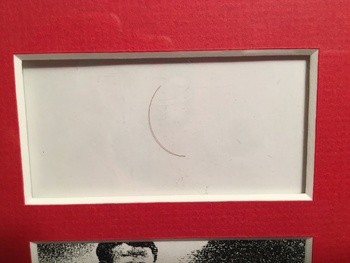 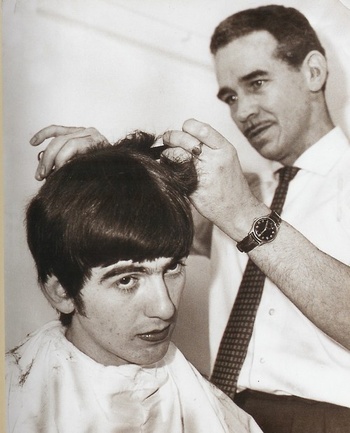 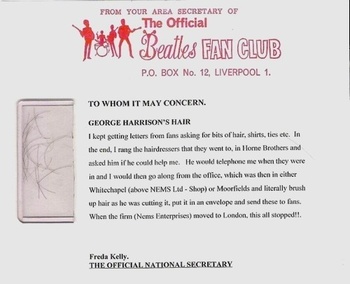 A single strand of hair from George Harrison. It's from a much bigger lock from the collection of Beatles Fan Club President, Freda Kelly.She worked for The Beatles from 1961-1972. They would get their hair trimmed at the Horne Bros. barber shop in Liverpool. The shop would call Freda and tell her that they were coming in. She would sweep up the hair as it was being cut...and would give it to fans who asked. The man cutting George Harrison's hair is Jim Cannon.