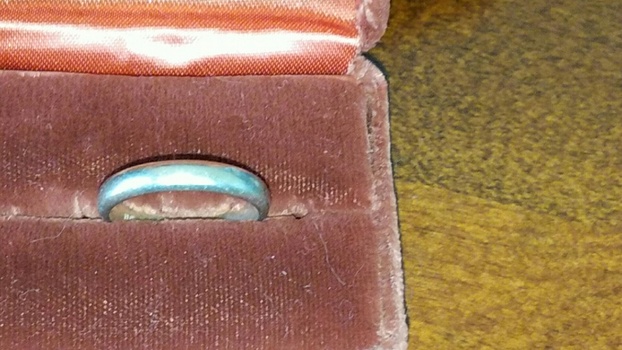 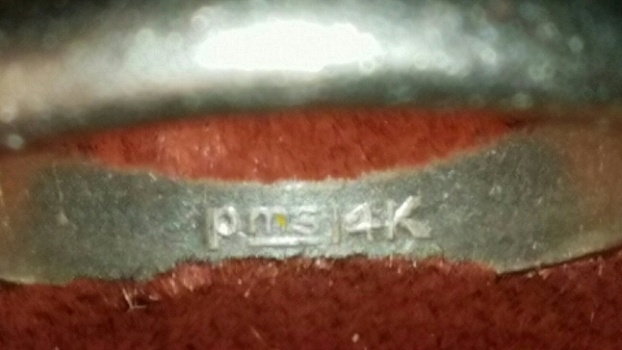 I've searched for hours and hours to see if whether the mark 'PMS' can be tracked back to a maker and see many, many inquries about the same mark - going all the way back to jewelry known to come from as early as this one would be (not super early, just would have been bought roughly around 1920 to 1925.

As you can see, the ring is very simple...unlike anything fancy I've posted recently, but it belonged to my grandfather which is more important to me than anything.

It is stamped 14K, I think. I really wish I know the 'maker'. Looks like going back as far as about 2006, people have tried to figure it out via online research. I searched not only America, but also all the other countries I knew that my Grandfather traveled to (or was from) - Austria, Italy, England, etc.