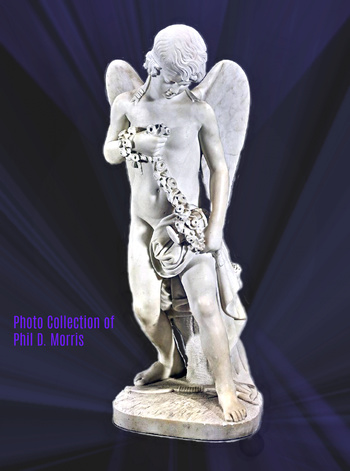 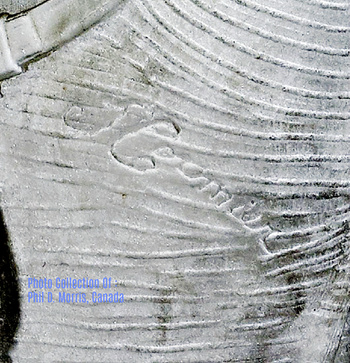 This is a carved Art Deco 32 inch marble sculpture of Cupid; standing with his bow at his feet and his quiver at his side; a floral garland draped across his torso; signed to verso, reading J. Cormier.

I was bidding on this piece which I had only just observed in my daily search. It was actually going up in a matter of minutes so I had little time to plan its acquisition. I got somewhat busy during the bidding deciding whether to keep bidding or to quit.

I DID NOT GET THE PIECE as I did not keep bidding after a certain amount. So I missed a piece by one of the most important Art Deco artists of all time. The only thing I was thinking at the time was that it might be too heavy for the marble topped table that I wanted to put it on. Actually it should have been o.k. with the weight. Joe Cormier pieces are rare and much sought after, and I had never seen this statue before. Even more rare than a chryselypantine statue, he seemed to do very few statues made entirely of marble. I had never seen this gorgeous piece before. I believe it was advertised as a 19th century sculpture but I believe it is around 1925, as all his work looks around the deco period. This one especially looks 1925 from the stylization of cupids hair and the flower garland.

This statue was last in the collection of an actor who worked with John Wayne, in the movie Commancheros I believe. 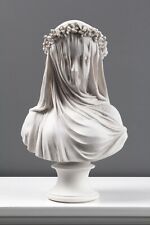 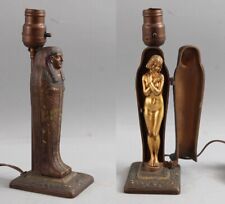 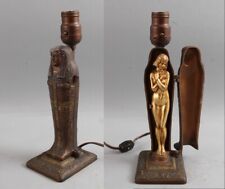